Let's hope that the Supra actually looks this good.

The much-anticipated launch of a prototype for the new Toyota Supra at the Goodwood Festival of Speed is now just days away. Toyota is teasing the sports coupe's look by showing heavily camouflaged versions, but a pair of renderings strips off the concealment to show how we think the road-going model might look. 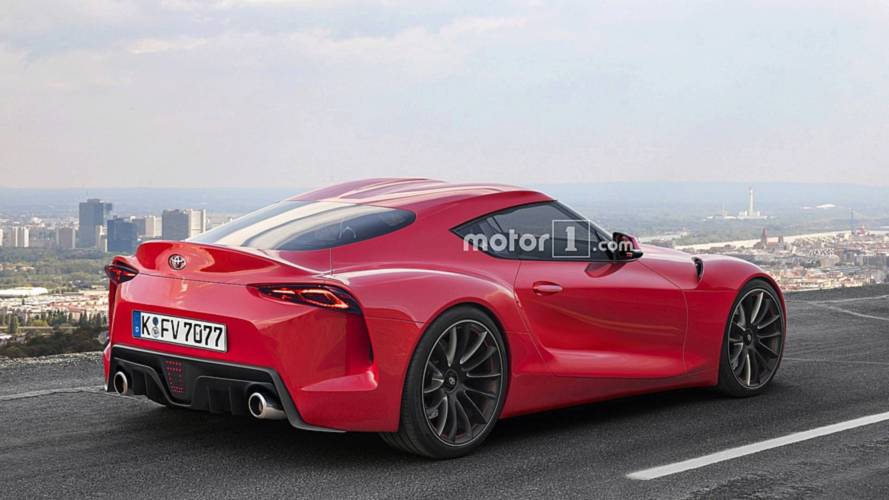 These images line up closely with what's visible in Toyota's teaser and spy shots. The new Supra features a fairly rounded overall aesthetic that creates a connection with the look of the famous fourth-generation model. The front fascia features three, large inlets. A curved center section of the nose draws viewers' eye to the area between the headlights. A long, gently sculpted hood leads back to a swept-back windshield and a double-bubble roof. Skinny vents ahead of the swollen fenders at the front and rear add sporty cues. The tail features an integrated ducktail spoiler and triangular LED taillights.

Toyota now confirms long-standing rumors that the 2019 Supra is available with an inline-six powerplant. The mill is reportedly a 3.0-liter inline-six that the Japanese automaker sources from BMW. The engine allegedly produces around 335 horsepower (250 kilowatts) and 369 pound-feet of torque (500 Newton-meters) in this application. Leaked specs suggest the coupe can reach 60 miles per hour (96 kilometers per hour) in 4.5 seconds. Folks in the United States are likely looking at a starting price of $63,500. Earlier reports point to the possibility of a less expensive variant with a 2.0-liter turbo four-cylinder making 248 hp (185 kW).

Unfortunately, Toyota says that the Supra coming to Goodwood is just a prototype and not the full production version. The spy shots tell us that this is very close to what the model coming to dealers looks like. At least Goodwood offers a chance to see the machine on the move. If these variants of the Supra don't sound quick enough for your liking, chief engineer Tetsuya Tada says that a more powerful GRMN version is in the preparatory stages.