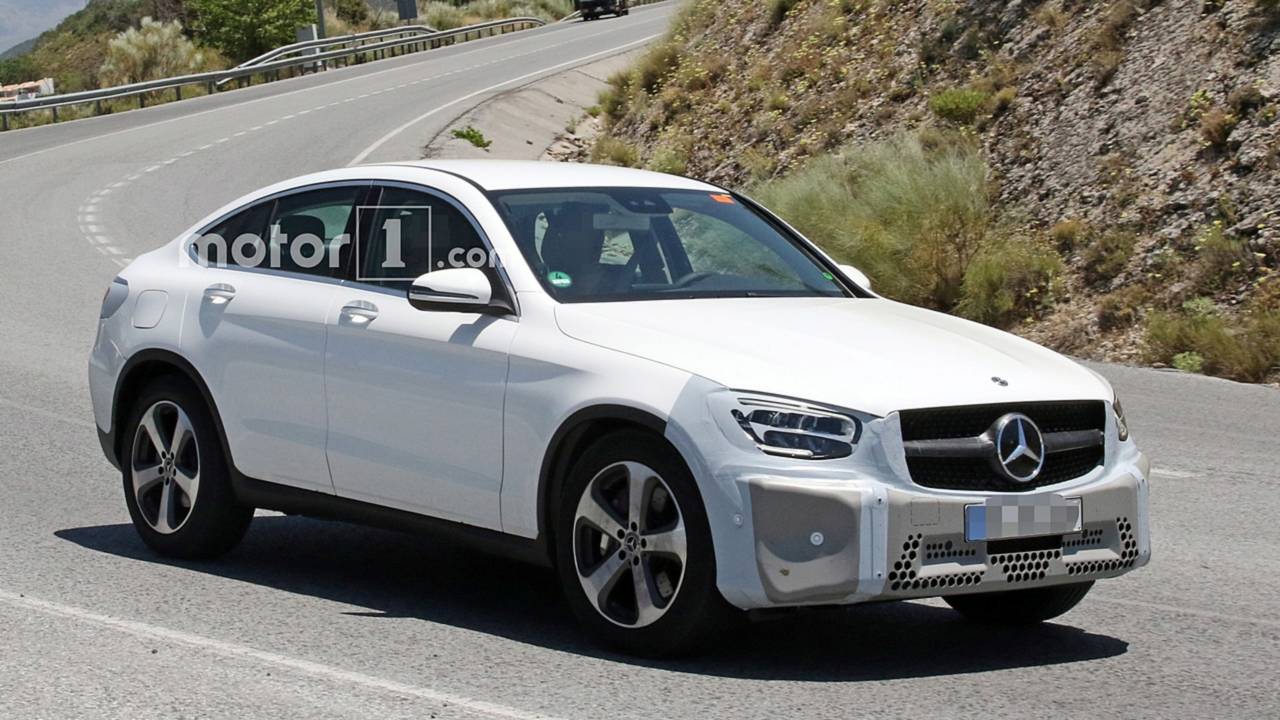 A debut is probably coming in the next few weeks.

Following the first spy video of the facelifted Mercedes-Benz GLC Coupe from earlier this week, we are now happy to share the first batch of spy photos with the model. Seen here testing on public roads, this prototype has only a thin camouflage wrap on the headlights, taillights, and front bumper, which makes us believe the model is in the final stages of development and testing.

The mid-cycle refresh will bring only minor visual revisions, including new graphics for the lighting clusters with altered LED daytime running lights at the front. The shape of the taillights will remain the same, but – again – the internal design of the units will be different.

More important changes are expected to happen inside the cabin, where the crossover-coupe mashup will gain an all-digital instrument cluster and a larger display for the infotainment system. Speaking of the latter, Mercedes will continue to sell the GLC Coupe with the old COMAND system, as the vehicle will adopt the company’s new MBUX system in its next generation.

As far as the engines are concerned, the updated GLC Coupe and its GLC counterpart will mirror the improvements seen in the facelifted C-Class. This means the 220d and AMG 43 versions will get more power, while all powertrains will be updated to meet the latest emissions standards in Europe, becoming mandatory for all new vehicles from September this year.

Taking into account Mercedes is using a minimal amount of camouflage on this prototype, we are probably only a couple of weeks or months away from its official debut. Maybe an online premiere will occur before the end of the summer with a public appearance following shortly after at the Paris Motor Show in early October. Sales are expected to kick off before the year’s end with first deliveries planned for the first weeks of 2019.