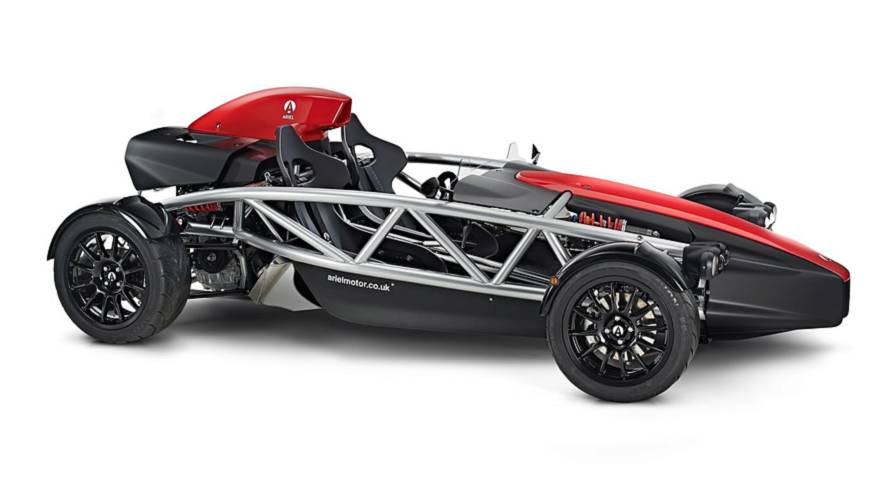 Only the clutch and brake pedals along with the fuel cap have been carried over from its predecessor - everything else is new.

You may not be able to immediately tell this is the next-generation Ariel Atom, but you’re in fact looking at an all-new development of the track toy. The fourth gen brings along a newly engineered tubular chassis with longer main and diagonal tubes to help boost stiffness over the old Atom by 15 percent. The reworked chassis has freed up more space inside the cabin, while the bigger fuel tank now enables the vehicle to cover 300 miles (482 kilometers) on a single tank.

Overhauled Ariel Atom Has 1:1 Power Ratio With 700 HP On Tap

Adapted from the beefier Atom V8 are the launch control and traction control systems, which will be offered as optional equipment. Output of the four-cylinder engine is channeled to the rear wheels through a six-speed manual gearbox and a limited-slip differential. It sits on larger 16-inch front and 17-inch rear alloy wheels and benefits from an updated suspension with standard Bilstein dampers or an optional Öhlins setup. Also at an additional cost are the full carbon fiber wheels shaving off almost 50 percent of weight compared to the alloys.

As far as the body is concerned – there’s not much of it – it comes in full carbon and has been tweaked to not only lower drag and increase downforce, but also to optimize airflow to the air intakes, intercooler, and radiator. The Atom’s familiar central roll hoop has been redeveloped and it’s now nicely enclosed underneath the air intake bodywork.

Pricing details have only been disclosed for the U.K. market where the Ariel Atom 4 kicks off from £39,975 (approximately $53,000) or just about the same as the old supercharged Atom 3.5. Only 100 units will be built each year and the plan is to offer the model in the U.S. as well. We’ll get to see it in the flesh later this week at the Goodwood Festival of Speed and the first customer deliveries are programmed for next spring.