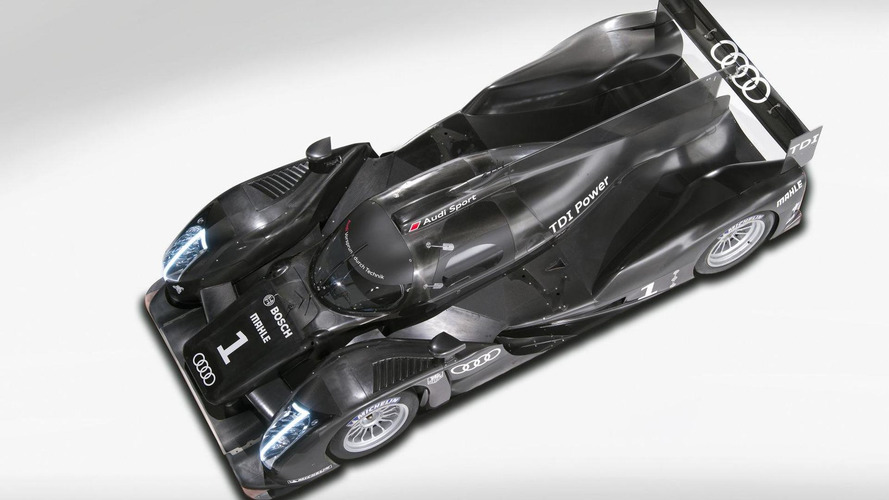 Audi has unveiled the new R18 racecar, which will compete in the 24 Hours of Le Mans.

Looking like a futuristic Batmobile, the LMP1 sports car boasts carbon fiber bodywork, full LED headlights, and a closed cockpit. It rides on a carbon fiber monocoque chassis which features a single-component design that reduces weight and increases stiffness (compared to a two-piece setup).

Power is provided by a 3.7-liter V6 TDI engine that is mated to a six-speed transmission. The company declined to release additional information, but hinted the R18 is more powerful and economical than the R15.

A total of three R18s will be fielded by Audi Sport Team Joest and the first cars will make their racing debut at Belgium's Spa-Francorchamps 6 Hours.

Besides talking about the R18, Audi mentioned they are working on a successor to the A4 DTM. Details are limited, but the company stated the vehicle is tentatively dubbed the R17 and its first tests are planned for next summer.