Grand Theft Auto V debuted in 2013 for the PlayStation 3 and Xbox 360. A remastered version for the Xbox One, PlayStation 4, and PC came two years later, introducing better graphics, first-person view, and a host of other updates both to the single-player game and ever-expanding online multiplayer experience. The fact GTA V is nearly five years old and still going strong – at least online – is a testament to the game’s playground style of gameplay that allows gamers endless hours of fun. And for those who are a tad more creative, endless possibilities to create new and compelling content – especially on the PC where game modifications are available to download, which enhance or change the gameplay experience. 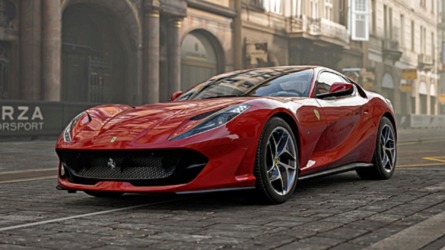 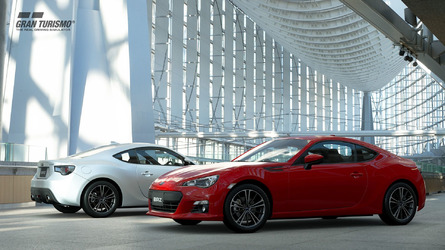 This open-world playground has allowed some gamers to recreate iconic movie scenes, or, as is with the video above, new video game trailers. The creative minds over at RavenwestR1 on YouTube have recreated the Forza Horizon 4 game trailer with incredible – stunning – accuracy.

There is a noticeable difference in graphical power – but technology moves at breakneck speed, so that makes sense. However, the cinematography is uncanny. Yes, some of the backgrounds don’t look the same, but then again GTA V takes place in a fictionalized Los Angels while Forza Horizon 4 is in the United Kingdom. So yes, some locations will be wildly different, but those are easily overlooked.

What allows GTA V the ability to recreate the Forza trailer is the game’s semi-realistic vehicle models. Manufacturers won’t license their vehicles to a game that’s rampant with unnecessary violence, prostitution, government corruption, torture, and unrelentingly biting satire. So, the game developers at Rockstar get creative by building vehicles that look similar to their real-world counterparts and give them awkward names like Obey 9F (Audi R8), Bravado Buffalo (Dodge Charger), Vapid Bullet (Ford GT), and Pfister Comet (Porsche 911) to throw off hungry lawyers looking for a lawsuit.