BMW Confirms iX3 Will Be Made In China From 2020

It will be exported from the People's Republic all over the world.

The rumors were true. BMW will indeed be making the fully electric version of its X3 crossover in China once production will kick off in 2020 at the plant located in Shenyang. In hindsight, it now makes perfect sense why the company decided to unveil the iX3 concept at the Beijing Motor Show, thus highlighting how important the People’s Republic is for the BMW. After all, approximately 560,000 cars were delivered in China last year, which is more than in the next two largest markets (U.S. and Germany) combined.

The local joint venture BMW Brilliance Automotive manufactured two-thirds of all BMW vehicles sold last year in China, and in order to meet an increasing demand, BBA will ramp up production at the Tiexi and Dadong in Shenyang, Liaoning Province to reach 520,000 units in 2019.

More about the electric X3: 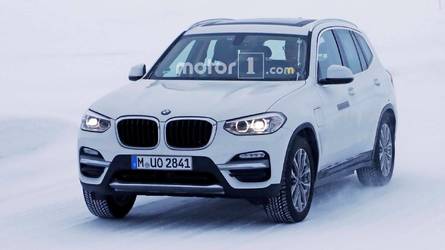 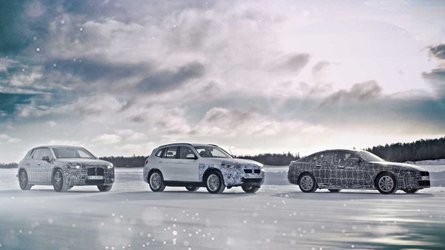 BMW Previews iX3, i4 And iNext EVs In Cold-Weather Teaser

The reason why we’re mentioning BBA is because it will be in charge of putting together the iX3 after starting production of the conventionally powered X3 in May when it became the sixth BMW model localized in China. BBA not only has the two car factories we’ve mentioned earlier, but it’s also operating an engine plant, which contains a battery factory tailored to the electrified models. Needless to say, it will build the necessary battery packs for the iX3, billed as being the “first all-electric core model” from the BMW brand and set to be exported globally.

As a refresher, the iX3 concept showcased in Beijing had a generous battery pack with a capacity of 70 kWh providing enough juice for more than 400 kilometers (249 miles) in the forthcoming WLTP cycle. Based on BMW’s fifth-generation electric drive system, the zero-emissions crossover had an output rated at 270 horsepower (200 kilowatts) and took advantage of fast-charging capabilities to fully “fill up” the battery in only half an hour.

Munich. The BMW Group is expanding its footprint in China. In the presence of China’s Prime Minister Li Keqiang and Germany’s Chancellor Angela Merkel, the BMW Group and its partner Brilliance Automotive Group Holdings signed a long-term framework agreement to further expand their joint venture BMW Brilliance Automotive (BBA). BBA is increasing the capacity of its two local production facilities Tiexi and Dadong in Shenyang, Liaoning Province, to a total of 520,000 BMW brand vehicles in 2019. Furthermore, the all-electric BMW iX3 produced by BBA is planned for export to markets outside of China.

“Today’s signing represents a new chapter in the success story of our BMW Brilliance Automotive joint venture,” said Harald Krüger, Chairman of the Board of Management of BMW AG. “Our agreement sets a long-term framework for our future in China - a future involving continued investment, further growth and a clear commitment to the development and production of electric vehicles. The next chapter of our cooperation has the potential to go beyond our existing motto - in China, for China. The all-electric BMW iX3, produced by BBA from 2020, will find customers around the world,” elaborated Krüger.

Around 560,000 BMW brand vehicles were delivered to customers in China in 2017 – more than in the next two largest markets, the US and Germany, combined. Two-thirds of all BMW vehicles sold in China were produced by BBA last year. Local production of the new BMW X3 in China started in May as scheduled and the ramp-up in the second half of the year is expected to further accelerate growth in the world’s largest automotive market. The BMW X3 is the sixth BMW model localized in China.

“BBA is our cornerstone for the BMW brand’s sustained success in its largest market,” said Nicolas Peter, Member of the Board of Management of BMW AG responsible for Finance. “This year marks our joint venture’s 15th anniversary. The tremendous growth we have achieved over these years is only possible due to our strong and reliable partnership with Brilliance. Together we have set the foundation for future growth.”

“BMW Brilliance Automotive is a unique success story and stands out as an example of trusted partnership,” said Yumin Qi, Chairman, Brilliance Automotive Group Holdings. “This joint success is also driving the economic development of Liaoning province, adding jobs and prosperity to thousands of our associates in the region.”

In addition to the two automobile production locations, BBA also runs an engine plant, which includes a battery factory for the electrified BMW brand vehicles produced locally in Shenyang. This is the first battery factory operated by a premium automobile manufacturer in China. Local production of the BMW iX3, the first all-electric core model of the BMW brand, will start in 2020 in Shenyang. The BMW iX3 is also intended for export to markets outside of China.

Today BBA already employs over 800 professionals in its R&D facilities, three-quarters of whom are Chinese. In total, BBA employs more than 16,800 associates. Since 2009, BMW Brilliance Automotive has invested more than 52 billion RMB in its plants in Shenyang. The 2 millionth BMW produced in China rolled off the production line in January 2018.