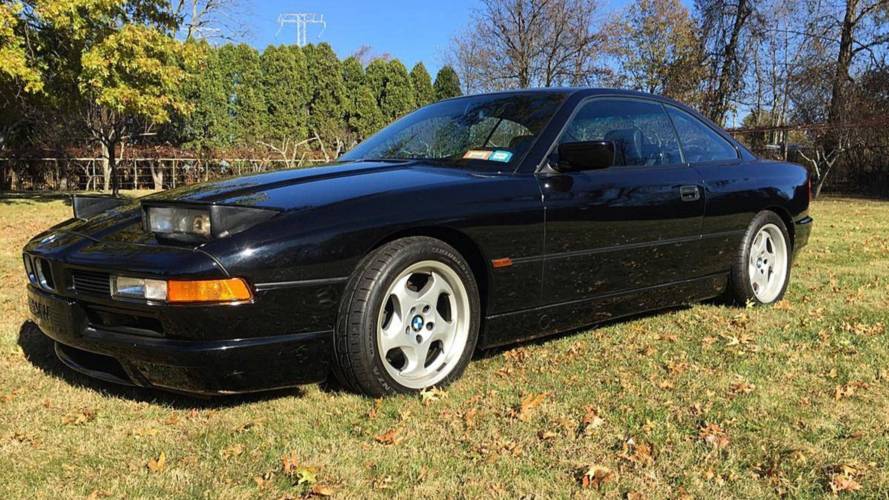 It wasn’t so long ago that a person with a very modest income could crack open the pages of a used car magazine and pick up a decent 1990s BMW 8 Series. By modest income we mean something that could support a $10,000 car loan with a little extra down, and by decent 8 Series we mean a V12 car that actually worked.

These cool cars are also for sale:

Long story short, we should’ve bought one back then, because they’ve been going up in value like crazy in recent years and this particular car selling at MotorGT is, in a word, gorgeous. It’s also a quarter of a million dollars, but then again, where else will you find an original 1994 850CSI with the big V12, a proper six-speed manual gearbox, and only 3,600 miles?

This car currently resides in New York State, not far from White Plains. The description is a bit thin on details, but then again what really needs to be said? This BMW is pretty much a mid-1990's time capsule with its black-on-black exterior and interior that, according to the seller, still smells new. The car is also listed as being all original and garage-kept, and it’s had full maintenance done in the last 12 months. We don’t know exactly what “full” means; time can take a toll on rubber bits and fluids but the seller is ready to offer full disclosure on specifics to interested buyers.

The original BMW 8 Series is a very curious car. It’s was terrifically advanced for the day, but with that wizardry came the potential for nagging electrical issues that could be tough to track down. Beyond that, the performance from the V12 left some people underwhelmed and as such, they didn't score a bit win at the time. The years have been very generous to these cars, however, and now that a new 8 Series is upon us it seems fans are remembering all that was great about these big grand touring Bimmers.

For what it's worth, we’re very happy to see these cars finally getting some love.