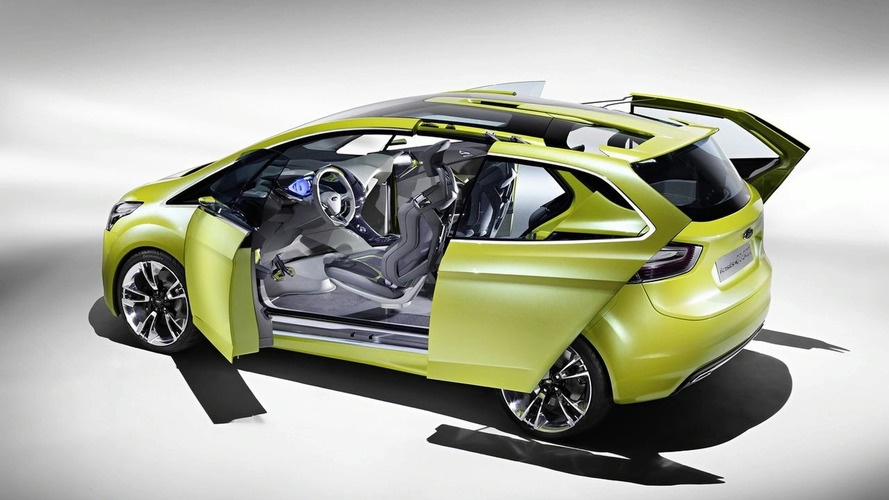 Fiesta-based B-Max will be introduced in 2012 and go up against the likes of the Opel Meriva compact minivan.

Ford is developing a new B-segment compact minivan called the B-Max to replace its aging Fusion model in Europe. (Not to be confused with the Fusion sedan that Ford sells in the North American market.)

The B-Max will be based on the Fiesta platform and is slated for a debut at the Geneva auto show in March 2011. It will be a 5-seater with rear sliding doors. The model will go into production late next year at Ford's plant in Craiova, Romania and launch sometime in 2012. Production of 150,000 units a year is planned, far higher than the Fusion's best sales year of 82,000 units in 2007.

Ford does not plan to bring the B-Max to the North American market.

Design-wise we can expect the B-Max to resemble in form the Iosis-Max Concept, which debuted in Geneva 2009, but stay close to the Ford of Europe paradigm, taking front fascia clues from the Fiesta and the rest of the body looking like a smaller version of the larger C-Max, Grand C-Max and S-Max vans which have been very successful models for Ford.

The new B-Max's main competitor will be the Opel Meriva which currently dominates the segment. The Meriva has been the best-selling minivan in its segment in Europe for more than 6 years.