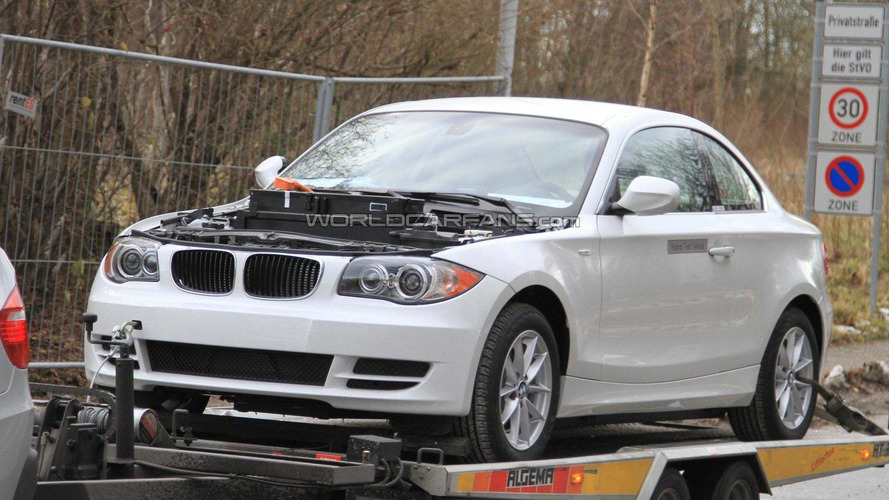 BMW will introduced the electric version of the 1-Series Coupe next year. The car was spied as it was being transported to a BMW test facility in southern Germany.

Here are some spy shots of the 2011 BMW 1-Series Coupe Active-E, an all-electric variant of the 1-Series.

BMW introduced the model as the ActiveE concept at the Detroit auto show last January and this set of shots is the latest hint that Bavarian brand will be taking the model to production, however limited as a test run, as it has the MINI E. The model is slated to be introduced next year.

The prototype photographed here did not have a bonnet and we get an up-close look at the tech in the former engine bay even if we're not quite sure if that's a battery pack on top of an electric motor that we're looking at. The car was being taken to a BMW test facility in southern Germany. Our spy photographers also got a look inside the car too, where they spotted instructions about an EDR-system (Event Data Recorder?).

A good guess is that the 1-Series Coupe Active-E will feature a similar or identical powertrain to the MINI E, the electric variant of the MINI, which is powered by an electric motor with an output of 204 PS (150 kW) and 220 Nm (160 lb-ft) of torque.