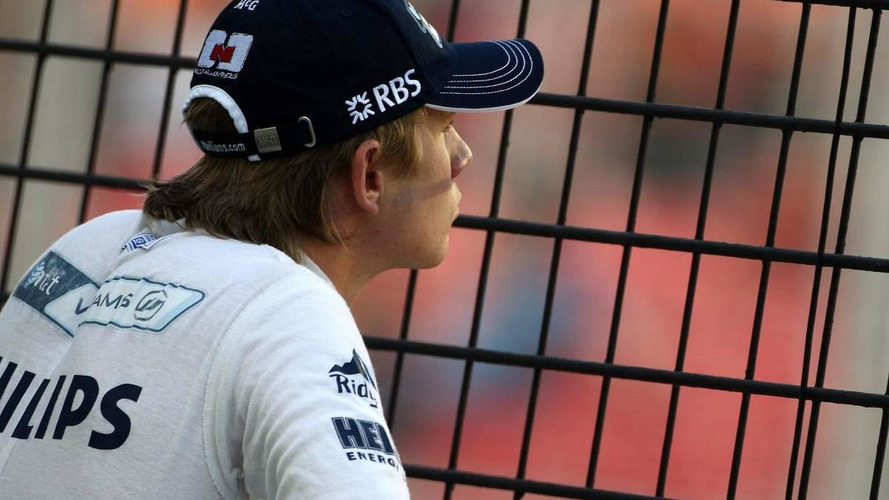 Nico Hulkenberg has admitted for the first time that Force India is his best chance of staying on the F1 grid in 2011.

Nico Hulkenberg has admitted for the first time that Force India is his best chance of staying on the F1 grid in 2011.

The promising rookie and Interlagos pole sitter was ousted by Williams after a single season in favour of the new GP2 champion Pastor Maldonado, who is heavily backed by the Venezuelan government.

23-year-old Hulkenberg's famous manager Willi Weber recently admitted that talks with Force India are taking place, and the German driver now says he is hoping a deal can be done "before Christmas".

Asked by F1's official website who he is talking to, Hulkenberg said on Thursday: "That's no big secret -- Force India is our best shot, but it is also no secret that quite a few drivers are trying to land a seat there.

"We are talking to them and let's wait and see what develops," he added.

Hulkenberg, who destroyed Maldonado as his GP2 teammate en route to the feeder series' title in 2009, said it is "sad" that money is becoming more important than talent for good F1 seats.

He admits to hoping that his sensational pole in Brazil would be the clincher for a new Williams deal for 2010.

"Of course," said Hulkenberg. "(But) there had been signs before that there was something brewing, because the team repeatedly delayed contract talks, putting it off to 'manana'.

"From the outside it is obviously hard to understand, but there must have been circumstances within the team that required such a step," he added.