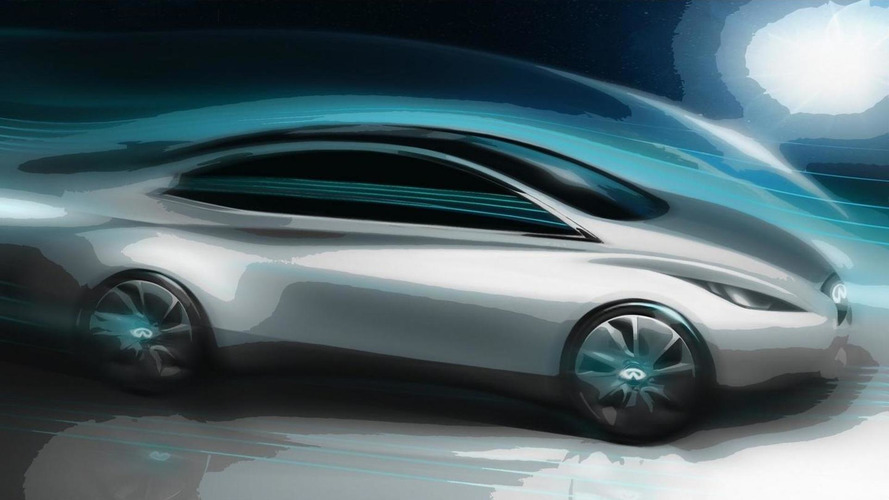 All-electric 5-seat luxury/performance sedan due in 2013. Infiniti's head of design, Shiro Nakamura, said that the model will stay faithful to what his team originally conceived.

Infiniti's design chief says that the upcoming high-performance electric model due in 2013 will come pretty close in design to a sketch that the brand released earlier this year.

In an interview with Automotive News Europe, Infiniti's head of design, Shiro Nakamura, said that the model that his team wants to take to production will stay faithful to what they originally conceived.

"I like the sketch. The sketch conveys the image of what we would like to achieve. That is the image in our minds," Nakamura told Automotive News Europe.

The five-seat performance sedan will be the premium marque's first all-electric vehicle. Nakamura said that the EV model will be consistent with Infiniti's design paradigm but will feature a shorter bonnet.

Nakamura did not reveal any details about the drivetrain. The EV's electric-drive set-up will be roughly based on the Nissan Leaf but, obviously, will have to feature more power than that model.

Asked what he believes distinguishes Infiniti design from its European competitors, Nakamura replied:

"What is the difference when compared with a German brand? I would say we are more humanistic and warm. The Germans are very good, but we want Infiniti to be a more emotional and humanistic brand."

Describing his designs, Nakamure continued, "For example, from the FX and the M we see inspiration from an ocean wave. I want people to get the power-from-nature feeling."