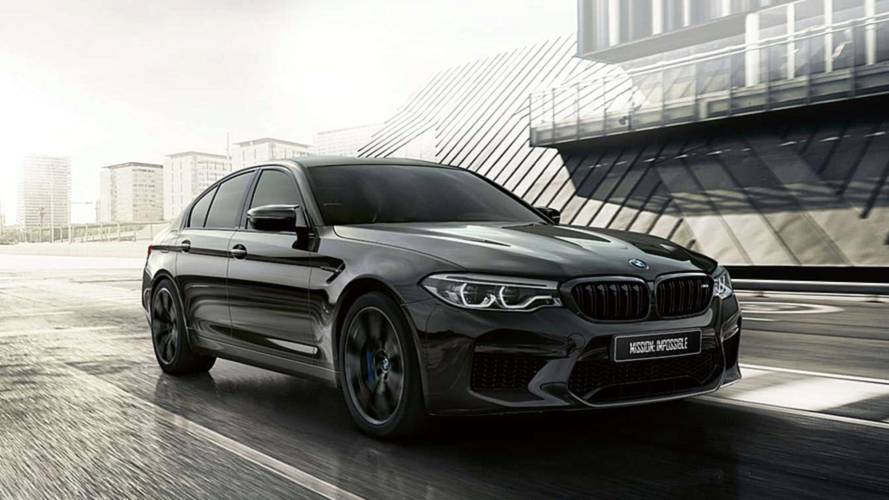 Your mission, if you choose to accept it, is to drive these spy-ready BMWs.

Mission: Impossible – Fallout comes out on July 27, 2018, as the sixth installment in the action movie franchise, and if you live in Japan, there's a chance to get a stealthy looking BMW 5 Series and M5 that allows drivers to pretend to be Ethan Hunt whenever they slip behind the wheel.

On the standard 5 Series, the Mission: Impossible Edition comes exclusively in Sapphire Black paint with matching trim for the grille. They ride on black, double-spoke wheels. Inside, there's BMW Individual piano black trim and a Mission: Impossible door sill plate. Owners can also enjoy the sound of a 16-speaker Harman Kardon stereo. On the 530i, the special model also comes with dynamic dampers and the High Line Package that includes heated seats and Dakota leather upholstery.

Both new and old examples of the 5 Series will have a prominent role in Mission: Impossible – Fallout. In one stunt, Tom Cruise will get behind the wheel of a green E28 model for some high-speed action. A new M5 will appear in the movie, too. Two-wheeled Beemers will also make a major appearance because Cruise will have a chase while riding an R nineT Scrambler. It won't end well for him, though, according to the trailer (watch below).

BMW has had a close relationship with the Mission: Impossible film franchise for several films. The 6 Series and BMW Vision EfficientDynamics concept made appearances in the fourth movie. Cruise and company crashed a truckload of M3s for an elaborate stunt scene in the fifth movie, too.