It’s soaking up the sun while undergoing hot weather testing.

The last time we caught a good look at Audi’s forthcoming facelifted TT RS it was tearing up the Nürburgring on a sunny spring day. Now it’s done what many folks do across the pond in summer – headed to Southern Europe for a bit of a holiday, no doubt getting in some hot weather testing to ensure its minor tweaks keep the engine and occupants nice and cool. 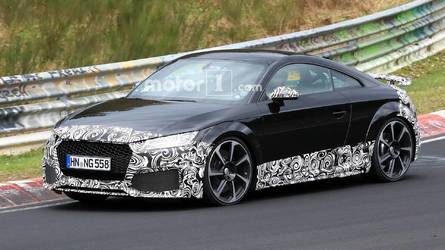 Compared to the current TT RS you might be hard pressed to see any tweaks at all. The camouflage wrap up front might be a bit optimistic in terms of what all it’s hiding, but a close eye can spot some new vertical vents next to the grille. The grille itself may also be just a bit larger, but that could be an illusion from the swirling wrap. It also might affect how we see the headlights, which appear to be the same but should come with sharper graphics. 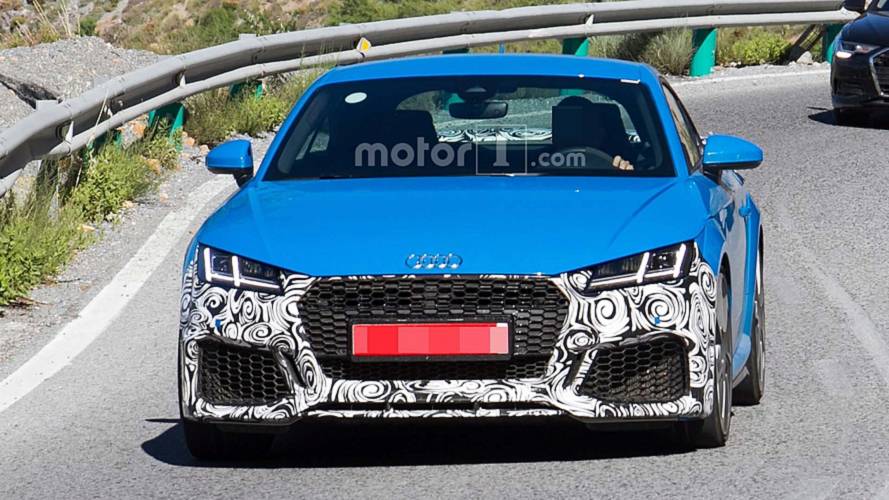 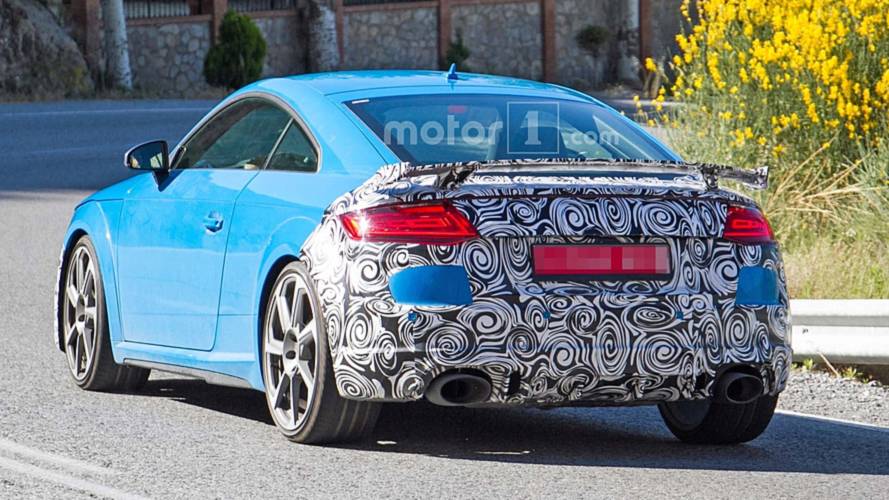 It’s much the same story at the rear of the car, where once again we suspect the broad application of camo is misleading. We do spy some minor changes to the rear wing, and the tail lights have revised graphics as well. It’s possible there are some other changes under the wrap but we suspect that rear fascia is pretty much standard-issue. We do, however, see tweaked side skirts with black trim.

As for the rest, it’s still speculation. Audi could offer some new trim options for the interior, and these days automakers love to throw in continual infotainment system updates to keep up with the competition. The current TT RS belts out 400 horsepower and we’ve heard no rumors to suggest that will change with this facelifted model.

At this point, a reveal at the 2018 Paris Motor Show in October could be in the works. Audi’s parent company Volkswagen announced back in May it won’t be attending the event, but the four-ring company should be there.

11 Photos
Photo by: CarPix
By: Christopher Smith
++
Got a tip for us? Email: tips@motor1.com