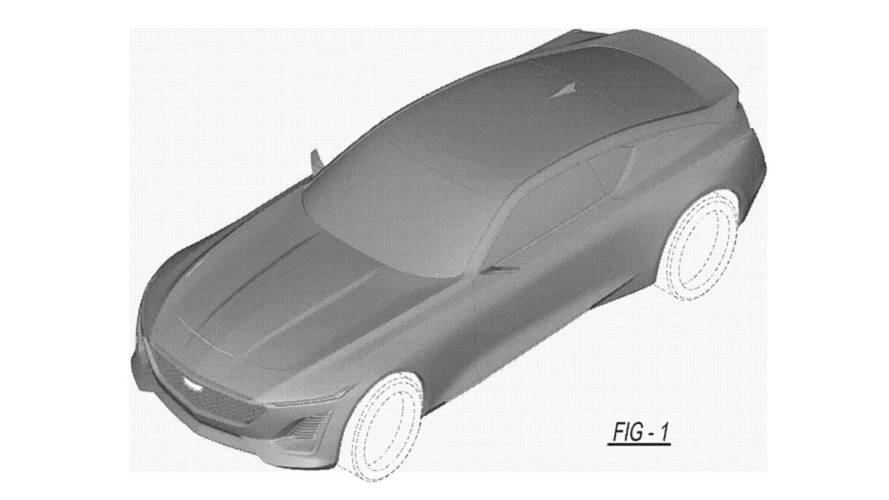 Cadillac is absent from the grand touring coupe market, and this could be the answer.

A patent filing reveals that Cadillac is at least considering how a big, grand touring coupe would look in its lineup. The design takes cues from the Escala sedan concept but with a sleek roof for a sexier silhouette.

Check Out These Cadillacs Of The Future:

The patent's description doesn't offer much info about the machine by reporting, "CLAIM: The ornamental design for a vehicle body exterior, as shown and described." General Motors designer Jae Hoon Lee gets credit for the styling.

The styling touches from the Escala are most prevalent up front. They share the same skinny headlights and trapezoidal grille. It's hard to tell whether the pieces surrounding the corner intakes would function as LED running lights or whether these bits are simply for trim.

In profile, the coupe looks a lot like one of the design sketches for the Escala concept where Cadillac emphasizes the sedan concept's length and low roof. The coupe is attractive from the side with a prominent crease running down the shoulders and another one that follows the roof's curve.

Around back, the design gains a more chiseled aesthetic. The lower fascia is odd, though. There's a very large rear diffuser, but it's difficult to tell what's going on in the center of it. The four circular pieces look like they could be exhausts, but the cutout in the diffuser isn't large enough to fully expose the pipes.

The only coupe in Cadillac's current lineup is the two-door ATS, but this model appears to be larger than it. The proportions indicate that this design would compete more with models like the Lexus LC and BMW 8 Series. While grand touring coupes are a niche segment, the stylish vehicles can be fantastic flagships for showing what a brand can design when practicality doesn't need to be a concern.

Don't expect to see this coupe on the road anytime soon. According to Cadillac's product plan, there are three crossover and three sedans coming to the lineup by 2022. The company hasn't made any mention of building a big coupe.

Source: US Patent and Trademark Office via GM Authority