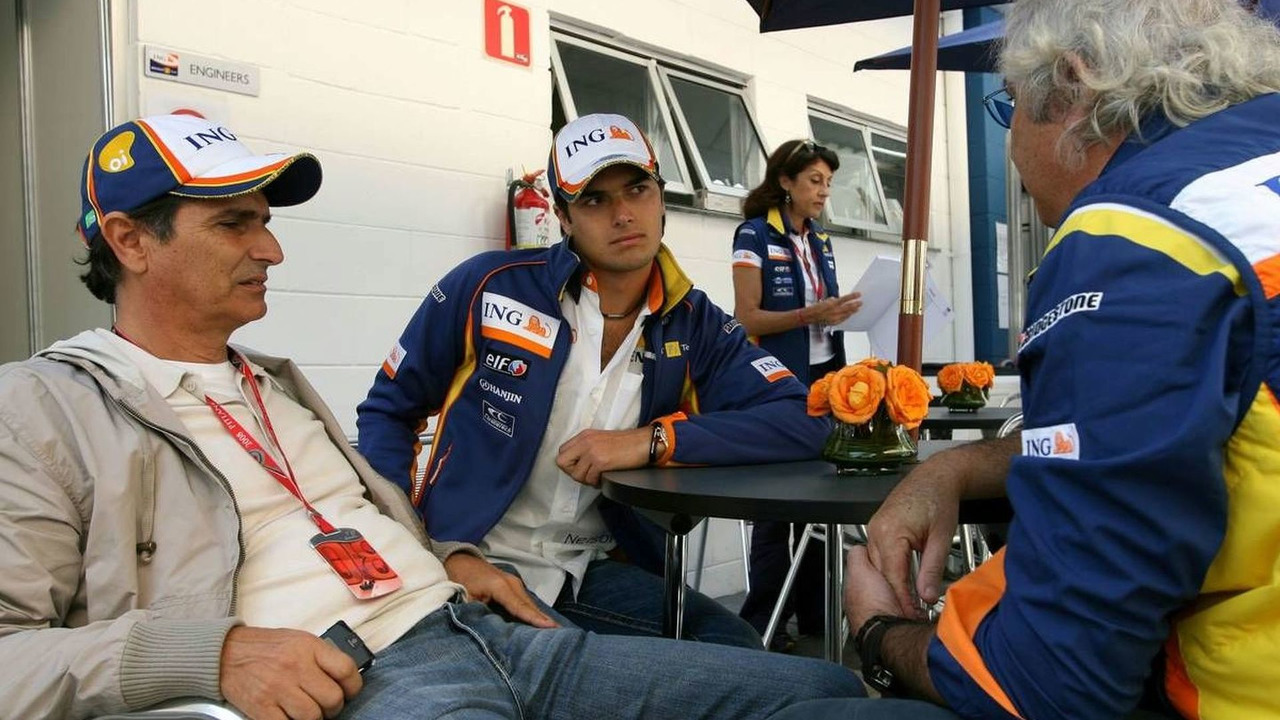 Renault has apologised to Nelson Piquet and his father and promised to pay them "substantial" compensation.

Renault has apologised to Nelson Piquet and his father and promised to pay them "substantial" compensation.

The move could be the final act in the 'crashgate' scandal that gripped formula one last year, after Brazilian Piquet Jr admitted to crashing on purpose during the Singapore grand prix of 2008.

Piquet and his namesake father, the famous triple world champion, sued Renault in the London High Court for alleging blackmail and accusing them of lying about the events of Singapore.

After a court hearing, the F1 drivers' lawyer Dominic Crossley said: "Today the Renault team apologised for defaming my clients.

"They were both treated appallingly by Renault when they dared to reveal the scandal to the governing body; and Nelsinho was abused terribly throughout his absurdly short career in F1."

Piquet, 25, now races in the American NASCAR series, admitting to news outlets on Tuesday that he is not focused upon returning to F1.

"F1 has been deprived of the best of Nelsinho and it is to its detriment that his talent is now being demonstrated elsewhere," said Crossley.

Renault confirmed: "We would like to apologise unreservedly to Mr Piquet Junior and his father for the distress and embarrassment caused.

"As a mark of the sincerity of our apology and regret, we have agreed to pay them a substantial amount of damages for libel as well as their costs, and have undertaken not to repeat these allegations at any time in the future," the team added.