Chevy Camaro On 32-Inch Wheels Will Not Leave You Indifferent

The Forgiato set is only part of the story as there's much more to this car beyond those massive wheels.

Our idea of a Chevy Camaro SUV took the shape of a rugged electric vehicle to rival Ford’s upcoming Mustang-based crossover, but Corey Jones had something else in mind. He took a 2016 convertible and turned into a droptop truck riding on gargantuan 32-inch Blocco alloy wheels from Forgiato, the first ever made by the company. We checked their website and discovered this is actually not their biggest set available, with those willing to go all out able to opt for even larger 34-inch rims.

Beyond the flashy wheels which are likely visible from the Moon, the Camaro Convertible also went through a multitude of other changes. It goes without saying the car’s suspension had to be modified to work with those wheels, and there’s a special chameleon paint job along with custom LED headlights that change their color by using a smartphone app.

Check out the latest Camaro:

Additional modifications were made inside the cabin where the door panels are now home to 27-inch TVs. To make room for those large screens, Corey had to get rid of the door handles and replaced them with buttons mounted on the A-pillars. The seats have been reupholstered in leather with a two-tone peanut butter hue also applied onto the center of the steering wheel as well as on the upper part of the dashboard. Door-mounted custom speakers and an Xbox One installed in the trunk round off the changes. Speaking of Microsoft’s gaming console, its controller is used to operate the electrically retractable fabric roof.

Manager of Crusader Customs for the past 10 years, Corey Jones admits the ride quality of his outlandish Chevy had to suffer after installing the huge wheels, which needless to say also had an impact on the turning circle. When asked about how much money he spent on customizing the Camaro, the owner said he didn’t keep a tab on expenditures, adding it really doesn’t matter when you’re doing something fun that you love. 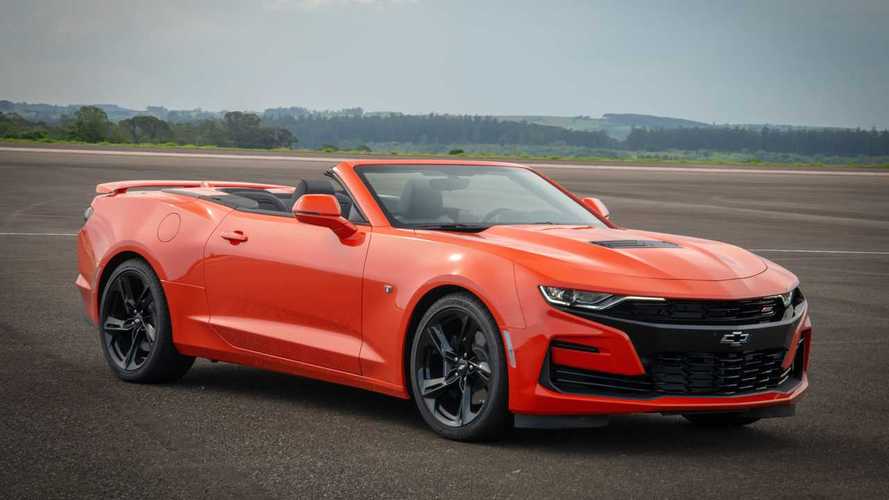