New Toyota Supra Will Make Some Kind Of Debut At Goodwood 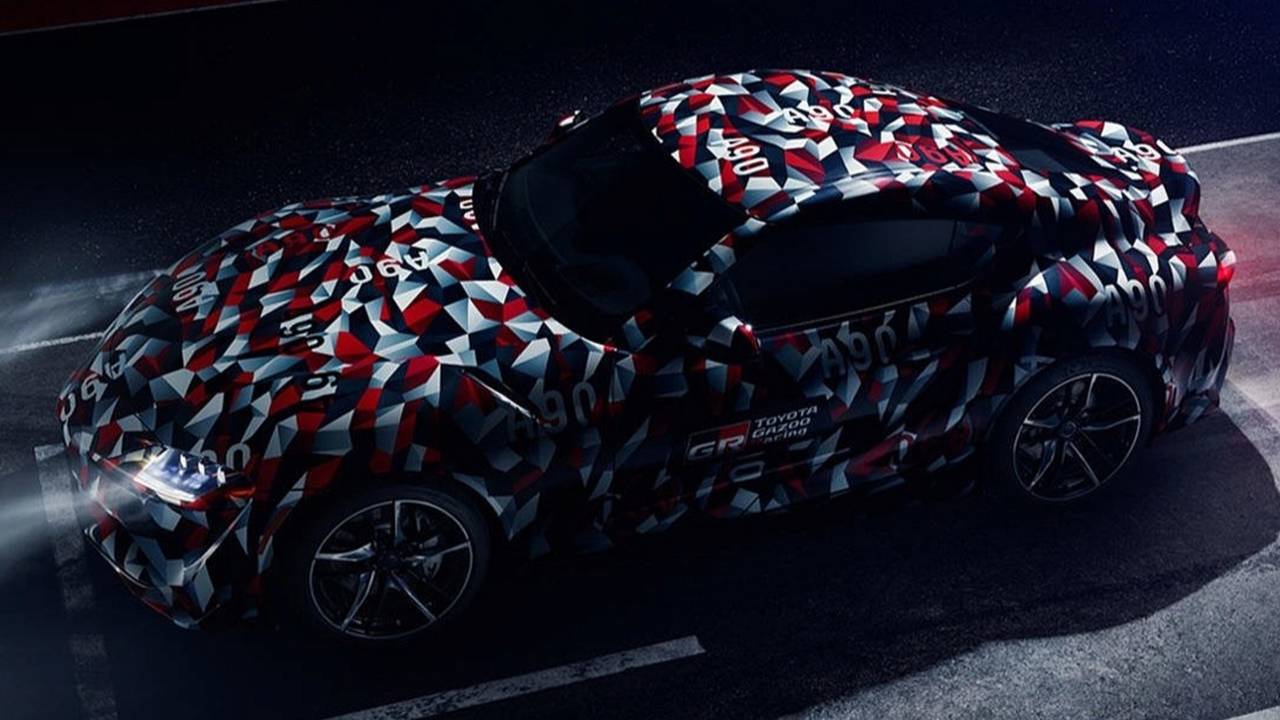 Could this be the long-awaited production version? Or just another camouflaged prototype?

What's still unclear is whether we'll see the full production model, or just another camouflaged prototype like the one pictured here (fingers crossed for the former). We're hoping to get confirmation from Toyota soon as to one or the other. Either way, when doors open to the Goodwood Festival of Speed on July 12th, some version of the Supra will definitely be there.

Already we know that the sporty coupe could come in two flavors. To start, the Supra will use a BMW-sourced 3.0-liter turbocharged inline-six producing 335 horsepower (250 kilowatts) and 369 pound-feet (500 Newton-meters) of torque. Chief Engineer Tetsuya Tada also confirmed that a more-powerful GRMN model will eventually join the range.

Inside, the Supra will reportedly make do with a digital instrument panel (like in these spy photos), and plenty of standard tech. Things like a head-up display, a driver assistance suite, and navigation should all come standard. Toyota will allegedly use BMW's iDrive infotainment system, but with a unique look over its German counterpart.

Recent rumors speculate that the US-spec Supra will cost $63,500 when it goes on sale, and will reportedly weigh around 3,300 pounds (1,497 kilograms), with the ability to sprint to 60 miles per hour (96 kilometers per hour) in just 4.5 seconds.