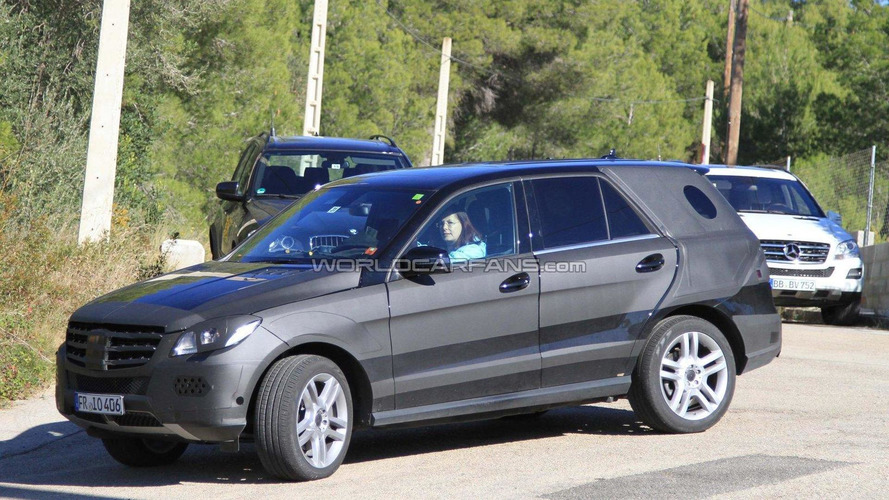 Mercedes-Benz appears to be benchmarking the next ML-Class against the best of the competition in its segment.

Our spy photographers have caught up with the next-generation Mercedes-Benz ML-Class as it goes into its final stages of testing - this time benchmarking itself against a Porsche Cayenne and a BMW X5.

These shots were taken in southern Europe as Mercedes-Benz engineers were looking for a sense of how their new ML-Class creation does up against the best competitors in the segment.

There are two heavily camouflaged ML prototypes in this set of shots as part of a motorcade stopping for lunch on a cool but sunny afternoon that also included a single Porsche Cayenne and BMW X5.

Our spy photographers also report that the ML-Class prototype looks a little lower than its predecessor.

The next-generation ML-Class will debut sometime in 2011 as a 2012 model. Engines expected include the 3.0 liter V6 diesel, a 3.5 liter gasoline/petrol V6 and a range-topping 5.5 liter V8. A hybrid variant is also very likely and Mercedes has hinted at a plug-in hybrid version too.