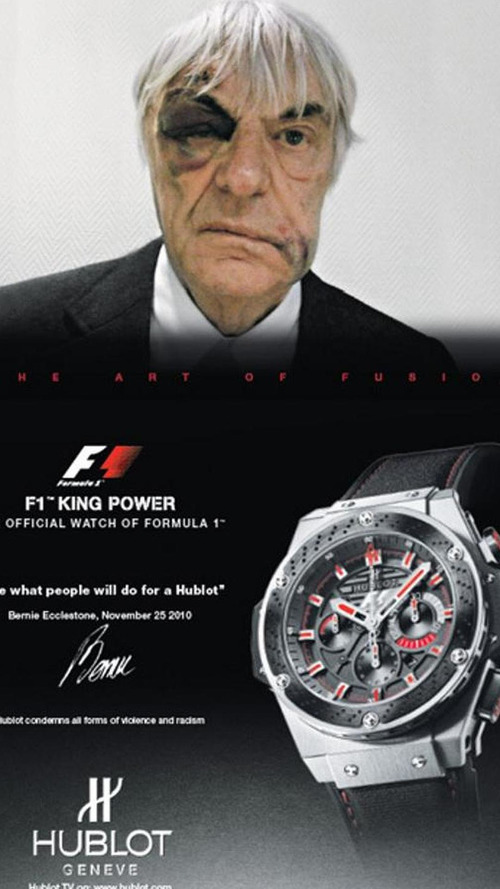 Bernie Ecclestone has proved he can turn even a violent mugging into a commercial opportunity.

Bernie Ecclestone has proved he can turn even a violent mugging into a commercial opportunity.

The F1 chief executive was viciously punched and kicked outside F1's London headquarters late last month as a reportedly hugely-expensive watch was taken from his wrist.

A graphic photo of his battered face is now featured on a print advert for his sport's official watch sponsor, including the Ecclestone quote: "See what people will do for a Hublot."

The Nyon-based Swiss watchmaker confirmed in a statement that the photograph and quote attributed to 80-year-old Ecclestone in the advert are genuine.

7sur7.be said the adverts will debut in the Financial Times and the International Herald Tribune on Wednesday.