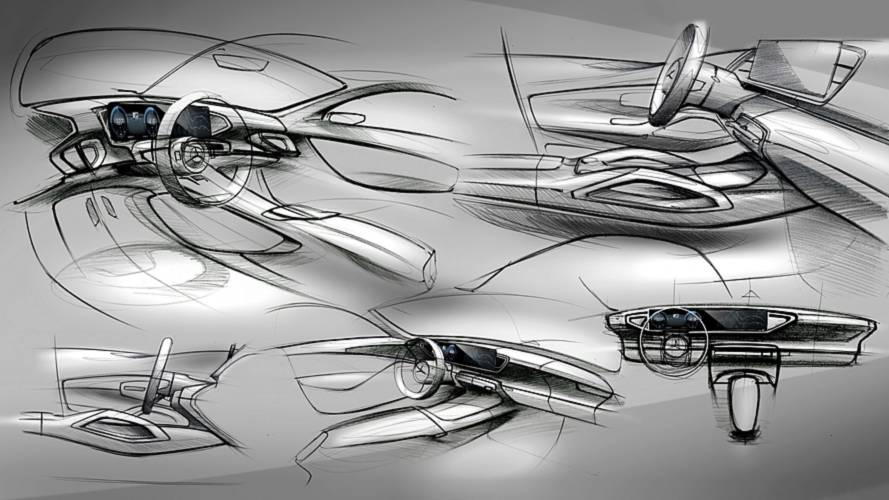 The standard dual screen layout is similar to the A-Class, but the displays are bigger.

Mercedes is finally kicking off the teaser campaign for the next-generation GLE with a set of design sketches allowing us to have a look inside the completely new cabin. As seen in a plethora of spy shots already, the dashboard has been redesigned from the ground up to accommodate a pair of fully digital screens set to be offered as standard equipment.

While the free-standing displays of the A-Class measure 10.25 inches in size, the GLE’s will be a little bit bigger, at 12.3 inches. The midsize luxury SUV will make the transition from Mercedes’ COMAND infotainment system to the new MBUX that was introduced a few months ago with the A-Class and will eventually be implemented across the range.

Debuting with the 2019 GLE is a new steering wheel design with a whopping 18 controls as well as two small touchpads incorporated within the horizontal spokes. Mercedes has also implemented a bigger touchpad on the center console and has modified the central air vents, which are now shaped like squares and sit below the touchscreen. There are four nozzles in the middle to mimic the setup found in other models, such as the E-Class, CLE, and S-Class.

The wide center console is home to a pair of beefy grab handles and Mercedes says the GLE’s cabin is going to feature “ambient lighting like never before.” The rear compartment isn’t depicted in these images, but there will likely be a lot more legroom as a result of a stretched wheelbase part of the SUV’s growth brought by the new generation.

Mercedes will unveil the GLE W167 in the months to come with a new platform that should pay dividends in terms of efficiency thanks to a lower curb weight. Before the end of the decade, the regular GLE will be followed by its “coupe” sibling as hinted by the recent spy shots showing a prototype carrying the production body.