ABT Audi RS6-E's Brutal Acceleration Will Give You A Facelift

The new teaser confirms ABT has electrified the Audi RS6 Avant up to 1,000 horsepower.

Putting its Formula E expertise to good use, ABT Sportsline is on the verge of introducing an Audi RS6 Avant like you’ve never seen before. Ahead of its official debut slated for tomorrow, the RS6-E is back in a final teaser suggesting the electrified super wagon will have face-melting acceleration thanks to a hybrid setup that will deliver a four-digit amount of horsepower. 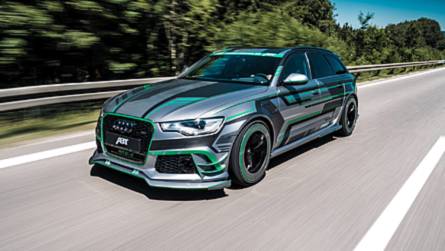 Details are scant at the moment of writing, but there’s a good chance the RS6-E will combine the regular model's biturbo 4.0-liter gasoline engine with an electric motor (or more) to achieve that massive 1,000-hp output. ABT has already dialed the RS6 Avant Performance’s V8 engine to 695 hp for the limited-edition Nogaro Edition, so in theory the e-motor could pack somewhere in the region of 305 hp. 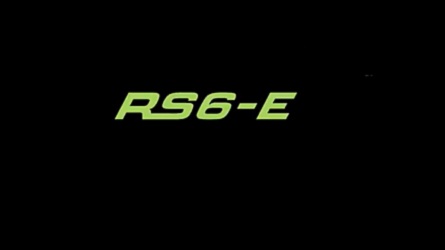 Audi RS6-E By ABT Teaser Hints At 1,000-HP Electrified Wagon

The hybrid powertrain will allow the RS6-E to deliver an amazing acceleration judging by the faces of these people shown in the video, which reminds us of Jeremy Clarkson’s experience with the Ariel Atom during the glory days of the old Top Gear format. We don’t know how quick it is, but expect the sprint to 62 mph (100 kph) to take a lot less than the 3.7 seconds needed by the aforementioned Nogaro Edition even though the car will probably be heavier due to the extra hardware. No word about top speed, though we remind you the German-only special edition of the RS6 Avant Performance can hit 199 mph (320 kph) without breaking a sweat.

All will be reveled tomorrow when ABT will take wraps off the RS6-E. It will be interesting to see whether the hybridized wagon will be a one-time thing to demonstrate ABT's capabilities or the tuner actually has plans to offer conversion packages turning the RS6 Avant into a 1,000-horsepower electrified monster.