Webber confirms he broke shoulder with four races to go 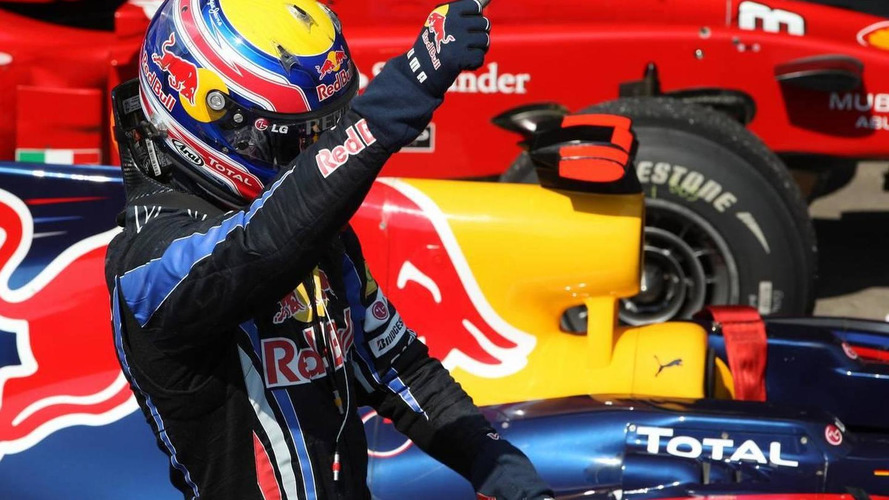 The Australian's new book 'Up front: a season to remember" claims that separate from his 2009 pre-season crash that broke his leg and left shoulder, the Red Bull driver broke his right shoulder in another mountain bike crash whilst he led the 2010 championship.

It is believed surgery on the "skier's fracture", sustained while on holiday in Australia prior to the Japanese grand prix at Suzuka, was the reason Webber missed the recent Pirelli test in Abu Dhabi.

He confirmed: "I was riding with a great friend of mine. Suddenly, he crashed right in front of me and I had nowhere to go but straight through the ears of the horse!

"Suzuka is a brutal track so it was a blessing that the Japanese weather gave me an enforced rest day on the Saturday, and a pre-race (cortisone) injection helped too.

"In the end, we got through the weekend all right," said Webber, who finished second at Suzuka behind his teammate and eventual champion Sebastian Vettel.

In Korea, Webber's hopes took a major hit with his crash on the slippery track, before he finished second - again behind Vettel - in Brazil.

And at the Abu Dhabi finale last month, Webber was uncompetitive whilst Vettel won the race and title from pole position.

But Webber said in his official book that he does not attribute losing the title to his shoulder injury.