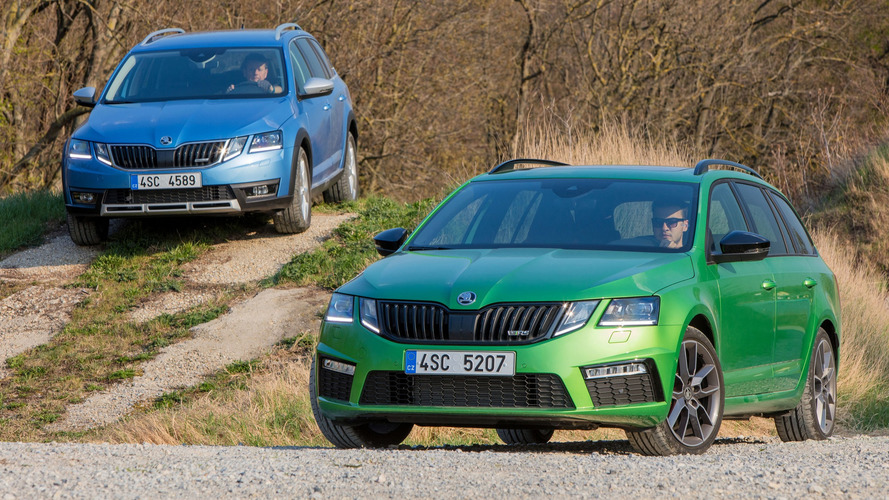 We can all agree that's good news...

The Octavia has been the king of practicality in its segment since Skoda dusted off the name back in 1996 with the first generation of the modern Octavia. With each new model, its footprint increased, making it roomier than models from a segment above to attract more and more budget-conscious customers looking for a no-frills family car. This winning recipe has made the Octavia one of the most popular cars in Europe, prompting many people to switch from MQB platform-sharing models such as the Volkswagen Golf and the SEAT Leon to the Octavia.

But then something happened at the end of 2016 when the current third-gen model was given a hugely controversial mid-cycle facelift. The implementation of split headlights (it’s still a one-piece cluster, though) caused quite a stir among people that usually shop in this segment. Even though most Octavia customers don’t really care a great deal about exterior design, Skoda is aware the E-Class W212-esque odd layout of the headlights might have put off people from buying the company’s best-selling car.

That being said, the most recent sales numbers provided by Skoda tell a different story as in May deliveries rose by 6.2 percent compared to the same month of 2017, reaching 35,000 units. Perhaps in the back of Skoda’s mind, the manufacturer from Mladá Boleslav thinks the Octavia facelift would’ve generated even higher numbers if it had normal headlights.

The good news is a new report indicates the fourth generation (fifth if you’re including the original 1959 model) will revert to traditional headlights. France’s Automobile Magazine says the Octavia IV will feature normal lights that will extend towards the center of the front fascia to meet a thick piece of chrome trim surrounding the grille.

It will ride on an evolution of the VW Group’s MQB platform and it should weigh a little bit less than today’s model. Engines will include an upgraded 1.5 TSI with up to 200 horsepower and a new 1.5-liter diesel to replace the existing 1.6 TDI. The Octavia RS will pack as much as 250 hp, presumably from a tweaked 2.0 TSI. The report goes on to mention about the adoption of a mild hybrid architecture and we won’t be too surprised if there will be a plug-in hybrid variant later in the life cycle.

While the MQB compact siblings Audi A3, VW Golf, and SEAT Leon are all due in 2019, the Octavia expected to land in 2020.