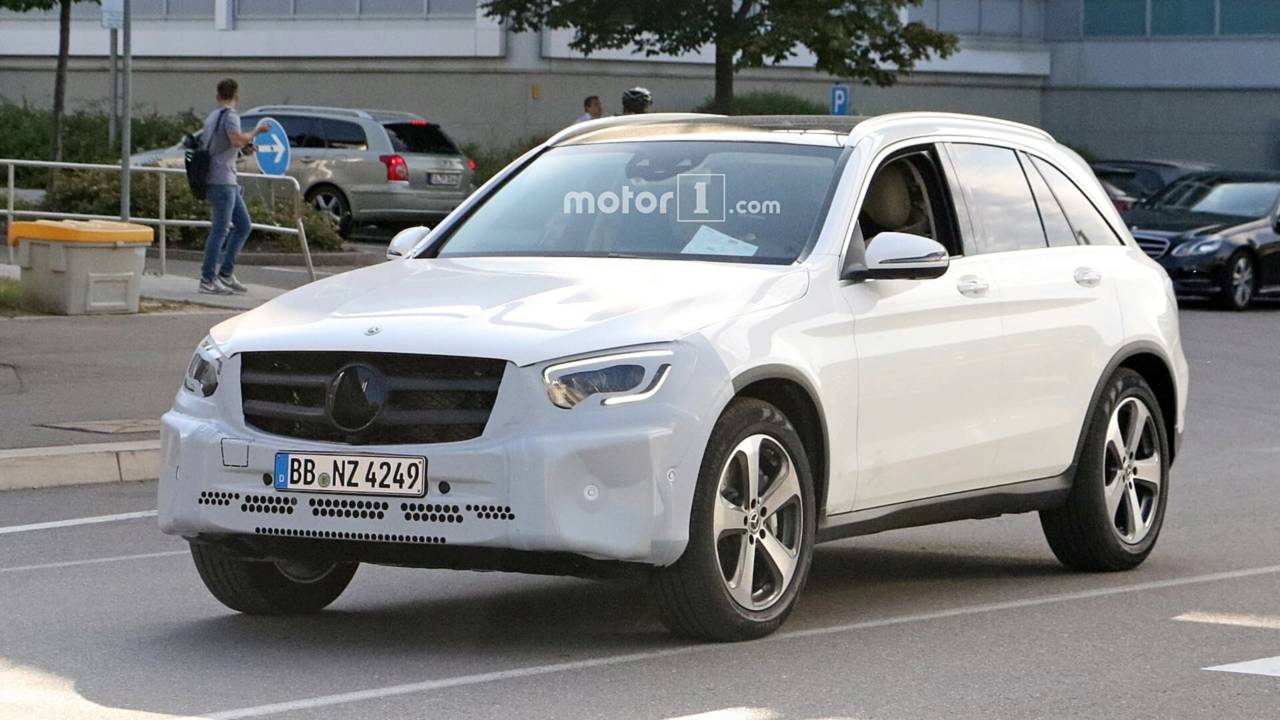 A red light was the perfect opportunity for our spies to get close to a barely disguised prototype.

It’s safe to say Mercedes has a busy schedule up ahead when it comes to SUV launches. Not only is it putting the finishing touches on the GLE and the GLS, but it’s also getting ready to expand its portfolio with the addition of a first-ever GLB. At the same time, the GLC is getting ready for a nip and tuck as evidenced in our spy shots with a barely camouflaged prototype.

The biggest changes on the outside will be limited to the fresh design of the headlights and taillights, but without modifying the shape of the clusters since that would require modifying the body panels which would be too expensive for a facelift. Mercedes was kind enough to partially reveal the snazzy LED lights of this test vehicle and we can clearly see the new daytime running light signature at the front and the updated graphics of the taillights.

A large piece of white fabric was covering the front bumper, which has likely gone through some mild changes for the GLC’s mid-cycle revision. Not that many people will notice, but the undisguised rear bumper is actually a little bit different compared to the ones currently available for the posh crossover and it hosts a pair of blacked-out exhaust tips.

While we can’t see what’s inside the prototype, from some angles it’s easy to notice the tablet-styled infotainment screen is there, so don’t hold your breath for that high-tech look seen recently in bigger GLE. The silver lining is Mercedes will bump the COMAND’s screen size and it will pair it with an optional digital instrument cluster as seen for the first time last year with the GLC F-Cell.

The refreshed GLC could debut in the weeks to come considering this test vehicle had very little camo. When Mercedes will eventually decide to unveil the crossover, expect the GLC 220d and the AMG 43 to get more power as part of an updated engine lineup mirroring that of the C-Class facelift.