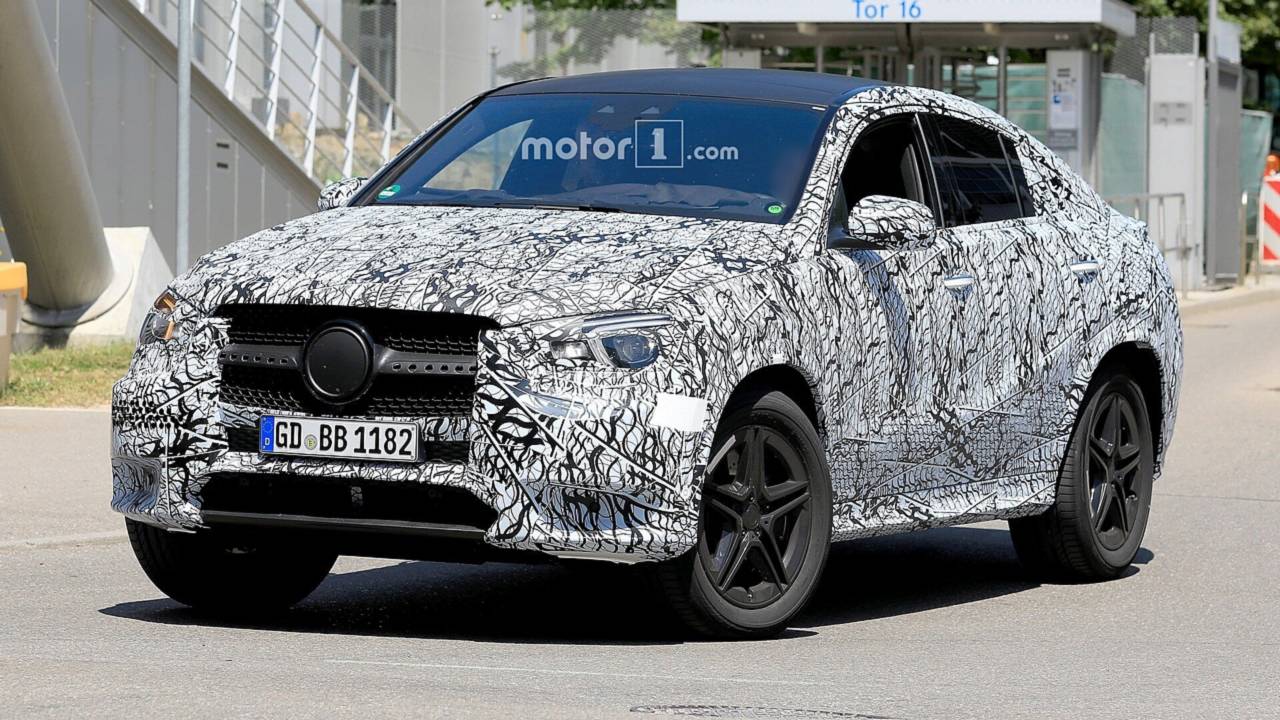 Much like its main rival, the BMW X6, the GLE Coupe is getting ready for the next generation.

We’ve already seen the new Mercedes GLE Coupe in a couple of spy videos, but the prototypes were caught from afar and as such the footage was zoomed in and that had a negative impact on quality. Thankfully, our spies have now sent us a batch of images with a test vehicle they spotted roaming the streets of Germany while masking the production body underneath a camouflage pattern we’ll all familiar with by now.

It comes as no surprise the front fascia of the GLE Coupe bears a striking resemblance to that of the regular next-gen GLE, with the changes between the two models beginning to be noticeable aft the B pillars. Overall, the next iteration of Mercedes’ big coupe-SUV appears to feature a sportier exterior design and the most obvious modifications have occurred at the back.

For starters, the taillights are entirely different and have a sleeker shape to lend the GLE Coupe a more modern look. The ducktail spoiler might be sticking out a little bit more than it does on the current model, while the bumper appears to have a pseudo diffuser flanked by two generously sized exhaust tips featuring a new design.

While we’re still not the biggest fans of coupe-styled SUVs, we do have to admit the new GLE Coupe does seem to look a lot better than today’s model and we’re actually eager to see it in full without the annoying disguise. That being said, we would still get the normal version thanks to its lower price, better practicality, and the more normal SUV shape.

Like we've said on previous occasions, the interior cabin is not much of a mystery considering it will be largely carried over from the non-coupe model, which was spied on the inside just last week as shown below: