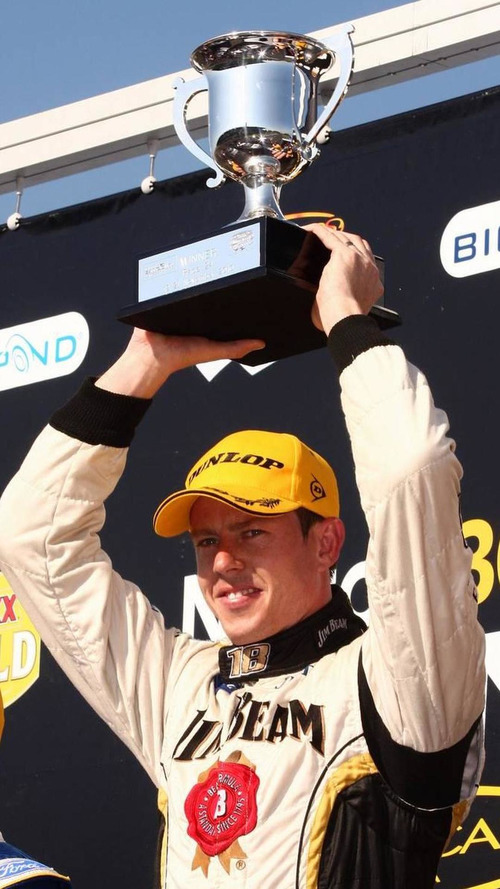 But as a 22-year-old in 2002, the Australian was testing a Jaguar at Monza when a rear suspension failure sent him into the barriers at an incredible speed.

When he regained consciousness with blood in his eyes, someone was shouting at him.

"I looked up and it was Michael Schumacher," Courtney, now 30, told the country's Daily Telegraph newspaper.

"It's a miracle that I survived," he admitted. "I went straight into the wall at 306kph and (then) I got sent backwards at about 70.

"They told me I was lucky my retinas did not detach because of the force of the crash. It looked like a plane crash."

With Schumacher offering his assistance amid Italian marshals who could not speak English, Courtney said he was "freaking out" in the wreck upon realising he could not move the right side of his body.

"I crashed at 67G," said Courtney. "It took me a year to recover. I couldn't walk without getting a migraine. Anything would set it off. Noise, light, anything.

"If I didn't have that accident I would have won the British Formula 3 championship and that would have given me a (F1) seat in that (Jaguar) car the next year."

Since his shot at F1 ended violently, Courtney has returned to Australia where he met his wife Carys and had two children.

"Who knows where that path (F1) would have taken me? I now live in the best country in the world and have love all around me. I couldn't ask for more," he insisted.