There’s a lot of horsepower in this video.

It was just last week when Dodge revamped the Charger and Challenger lineup. There’s more power, more options, a reshuffled lineup, and plenty of V8 awesomeness to go around. You know by now automakers are fleeing cars for crossovers and SUVs, but that hasn’t stopped the engineers at Dodge and SRT from throwing in the towel to design a boxy SUV. Dodge has remained relevant the last several years by packing massive amounts of horsepower into just about any product it can – from the Challenger and Charger to the Durango and Jeep Grand Cherokee. Leave no product without 700 horsepower is the motto. 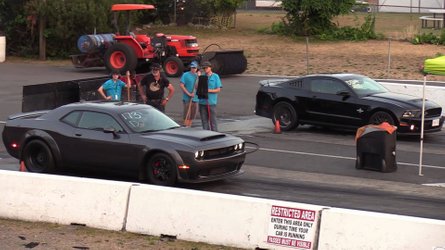 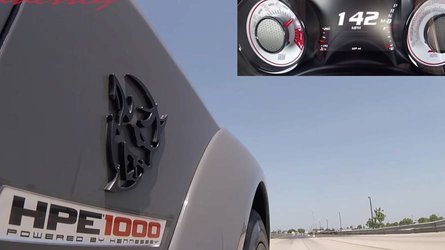 The Charger and Challenger platform is old – ancient in modern-day automotive terms. But Dodge has been able to keep both relevant – and selling – by continuously improving the platform and creating some insanely powerful products like the 707-horsepower Hellcat and 840-hp Demon. They’re doing incredible things. It also doesn’t hurt the design updates keep both products feeling modern and fresh inside and out.

The video above is 13 straight minutes of various Dodge – and Jeep – products racing at the drag strip. Sometimes its a Dodge versus a Dodge. In other races, you get a Dodge lining up against a Lamborghini. The video is a display of power. It shows various high-powered Dodge products tearing up the competition at the track – whether its a born-and-bred drag car or from one of Italy’s most famed supercar makers.

The Charger and Challenger are in this odd paradox. They've changed little since their introduction. However, the Charger today is a far departure from the slab-sided sedan it started as in 2006. And the Challenger, the five-seat, two-door, still exudes those elegant design cues from the 1970s. There’s not much to this video other than Dodge after Dodge racing down the strip – but it’s worth your time to enjoy, and to marvel at Dodge’s engineering prowess.