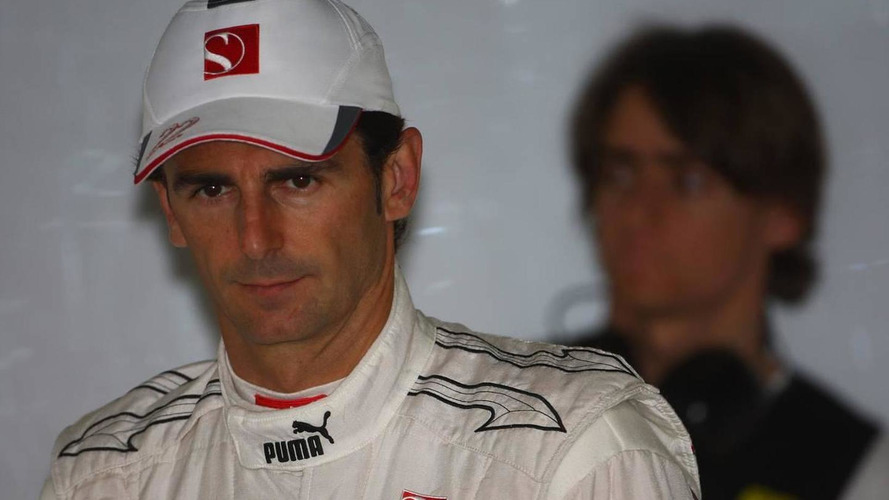 Pedro de la Rosa has acknowledged his plans to return to formula one in 2011 may stall due to a lack of personal sponsorship.

Pedro de la Rosa has acknowledged his plans to return to formula one in 2011 may stall due to a lack of personal sponsorship.

After several years as McLaren's test driver, the 39-year-old Spaniard was ousted by Sauber after 14 races of his race comeback season.

Now Pirelli's tyre tester, de la Rosa had been linked with the Spanish team HRT for 2011, but owner Jose Ramon Carabante recently warned that "without money, there is no place for him".

The FIA entry list published earlier this week showed 10 potential vacancies for next season, but when asked if there are actually fewer openings, de la Rosa insisted: "For sure.

"Most of them are already reserved for drivers that come with a sponsor," he is quoted by the Spanish sports newspaper Marca.

"That's my handicap," he admitted, "that I haven't got a sponsor. But I'm not giving up.

"I'm stubborn and I want to race. If in the end I have to be a reserve or a tester, I will, but first I will try everything (to race)."

De la Rosa admitted that there are options outside of F1, including the premier American open wheel series Indycar.