The classic Ferrari sports car looks very out of place in this residential area.

Ferrari built just 34 examples of the 250 Testa Rossa, and you would need tens of millions of dollars to spend to put one of the rare roadsters in your garage. Even seeing a 250 TR is special, but riding in one is a once-in-a-lifetime experience for most folks. This video lets you virtually slide into the passenger seat when there are a few minutes to spare.

Check Out These Classic Ferraris, Too: 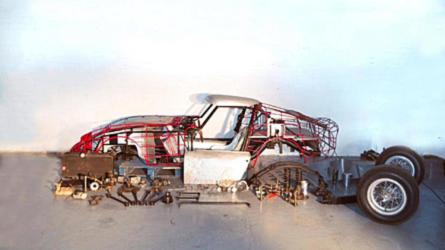 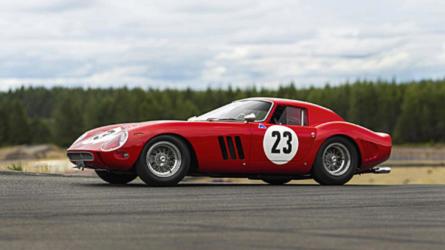 Unfortunately, the Testa Rossa driver doesn't get an opportunity really to stretch out the 3.0-liter V12. The engine sounds amazing, but this one is driving around tight, residential streets with quite a bit of traffic on the road. During the few moments when the road is empty, this quiet hamlet and narrow road make it easy to imagine the 250 TR racing in events like the Mille Miglia and Targa Florio in the late 1950s and early 1960s.

These classic cars often have an idealized aura around them, and sitting in this one somewhat defuses that nostalgia because the fit and finish look surprisingly poor by modern standards. The fuse panel is completely exposed in front of the passenger, and there are wires everywhere. The 250 TR wasn't a luxury grand tourer; it had a focus on speed and nothing else mattered.

Introduced in 1957, most 250 TRs featured a curvaceous body with pontoon fenders by Scaglietti, although a few had a sleek, shark-nosed exterior from Fantuzzi. The V12 engine featured six, twin-choke Weber carburettors and produced around 296 horsepower (221 kilowatts). The Testa Rossa name, meaning "redhead," came from the powerplant's red valve covers. In 1958, the machine dominated international competition, including victories at that year's 24 Hours of Le Mans, 12 Hours of Sebring, and Targa Florio.