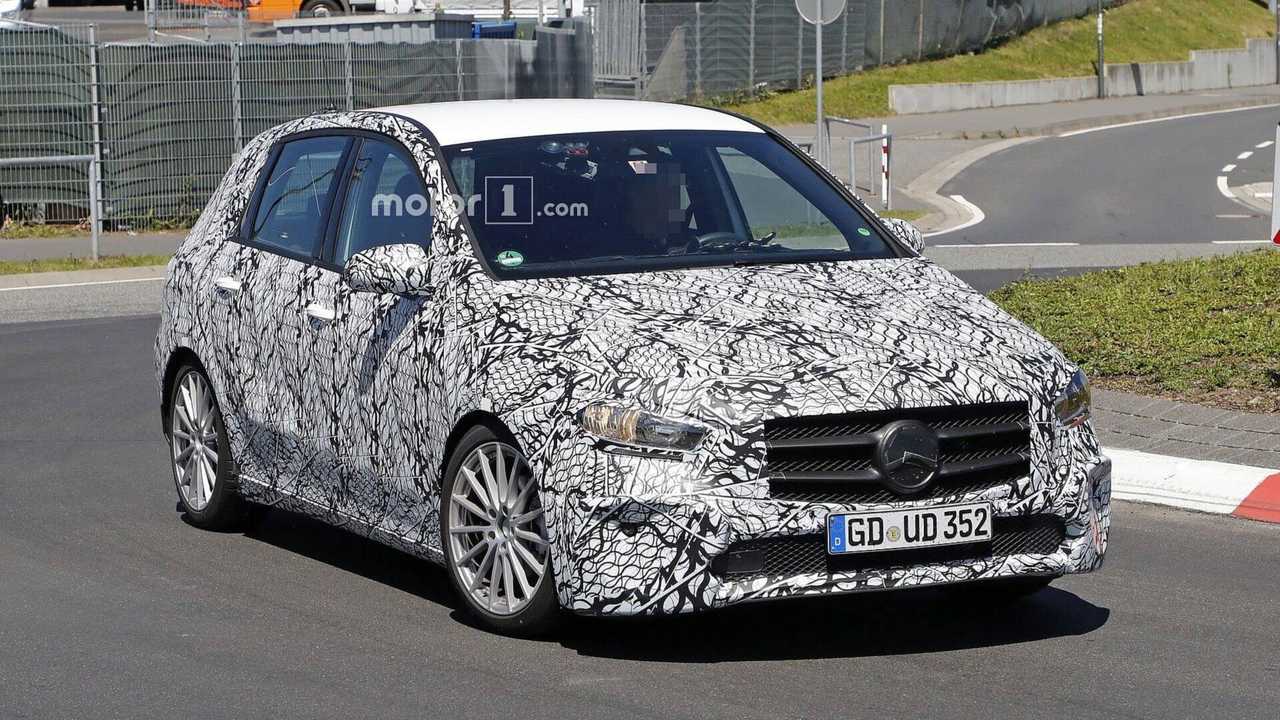 It’s easy to understand why the B-Class gets probably the least attention among all of Mercedes’ models. With more and more people infatuated with crossovers and SUVs, minivans are regarded as being bland, if not downright boring. But even though the appetite for high-riding models keeps growing, there’s still a segment of the market looking to buy a small people mover. This is the reason why BMW is selling the 2 Series Active Tourer and Gran Tourer, while Mercedes is working on a new B-Class.

Our spies had a tête-à-tête with a prototype of Daimler’s new minivan and this time around it had slightly less camouflage. The test vehicle was still disguised from front to rear, but we’re able to make out some of the details and can safely say the B-Class will be more than just a tall A-Class.

The front fascia is not as sharp as the hatchback’s and we can observe those halogen headlights have a different shape than those of the A-Class. Expect the production-ready car to be offered with the same LED tech as the hatch, but you’ll have to pay extra for that.

Looking at the side profile, the raised roof will have a positive impact on the greenhouse as the windows are visibly bigger and that means a lot of light will enter the cabin to make the interior seem roomier. We’re not seeing the fixed glass area aft the rear doors, but we’re almost sure it’s there, hiding behind the swirly camouflage.

Moving at the back, the tailgate appears to be much wider than that of the A-Class, which will make loading and unloading cargo a lot easier. We can only catch a glimpse of the taillights, but chances are these will be unique to the B-Class in order to better suit its more rounded overall appearance.

Clear shots of the interior are not available in the adjacent set, yet in some of the images we can clearly see the dashboard design will be largely inherited from the A-Class, which is hardly surprising. Basically all future compact models from Mercedes will have this dash, including the upcoming A-Class Sedan and the GLB.

Engines, gearboxes, and technologies of the B-Class are going to be sourced from the hatchback. Of course, it’s highly unlikely the minivan will spawn “B35” and “B45” hot derivatives, though never say never considering Mercedes once sold an R63 AMG minivan.

As to when we’ll get to see the new B without the camo, we’re leaning towards an early 2019 reveal.