This is a brief video but a great look at at the upcoming high-style SUV.

Plenty of spy videos show the development of the next-generation of the standard GLE-Class', but test mules of the next-gen GLE Coupe has only recently started appearing on the road. This video briefly catches one of the sleek machines on the road in Germany.

Based on this short look and the previous one, the next-gen GLE Coupe looks a whole lot like the current one. The design continues to feature a long nose that flows to a raked windshield and curved roof. The curvaceous styling sacrifices the rear cargo room of a traditionally boxy SUV but creates a coupe-like silhouette that appeals to many drivers. 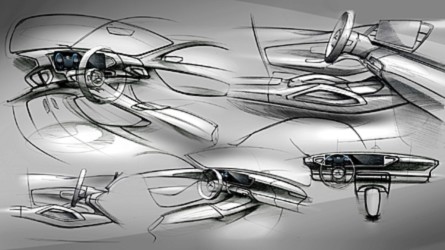 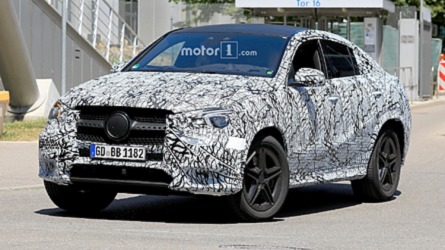 While not immediately evident here, the next-gen GLE and its Coupe counterpart are reportedly a bit bigger than the current ones. By stretching the wheelbase, Mercedes can increase passenger space in the cabin. Being larger might also mean more cargo space, which would be especially helpful for Coupe buyers.

Both the GLE-Class and the Coupe likely share nearly the same interior. Recent spy shots of the GLE show that the cabin features a wide digital display that combines instrument and infotainment duties like many modern Mercedes. The center stack features prominent vents, and the photos don't provide a good look at what's below it. There's a pair of handles on the center console, and the gearshift sits in between them.

In addition to the usual combustion-engine-powered versions, there will also eventually be a plug-in hybrid. Of course, the usual AMG variants will be part of the lineup at some point, too. Mercedes will build the GLE models at its plant in Alabama, and production will reportedly start later in the year.