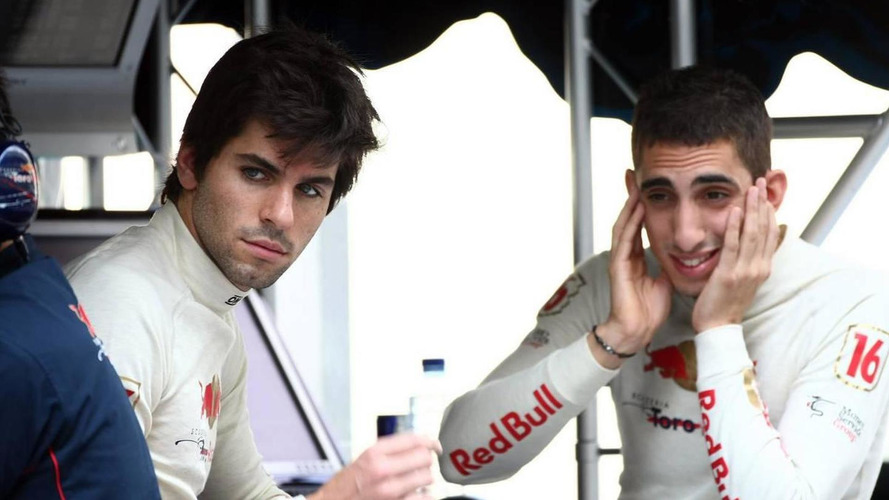 A source close to Toro Rosso insists the Faenza based team's race driver lineup is not changing for 2011.

A source close to Toro Rosso insists the Faenza based team's race driver lineup is not changing for 2011.

The official entry list for next season released earlier this week by the FIA listed the occupants of both Ferrari-powered STR cockpits as "TBA" (to be announced).

That re-fired speculation that, with Red Bull junior Daniel Ricciardo already drafted into the lineup as a Friday driver for 2011, either Sebastien Buemi or Jaime Alguersuari might be moved out of their race seats permanently.

But the source at the Red Bull-owned team insisted that Swiss Buemi and Spaniard Alguersuari are definitely staying put.

And Toro Rosso said in a statement last week: "As already confirmed earlier this year, (the team's) driver lineup ... remains unchanged for 2011."

Indeed, 22-year-old Buemi is at the team's Italian headquarters this week.

"Nice dinner with the team in Faenza tonight," he wrote on Twitter late on Wednesday.