It will be built at what Mercedes has described as being the most modern car factory in the world.

The big daddy of sedans carrying the three-pointed star is getting ready to make the transition towards a new generation. Even though the W222 was facelifted just last year, we already have plenty of spy shots in our database with the upcoming W223. Today, a new video has emerged from Germany to show a heavily camouflaged prototype of the new S-Class, which is likely a long-wheelbase version judging by the size of the rear doors. 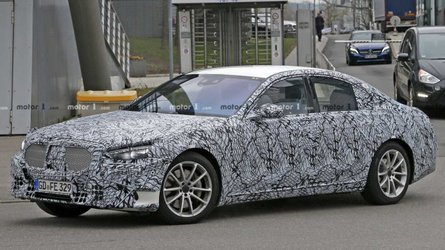 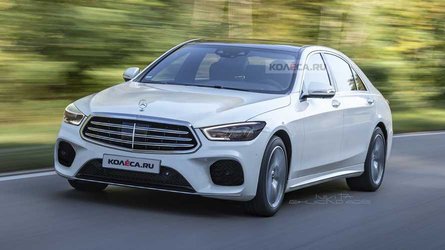 Being early in the testing phase, there’s not much to see at this point, although the vehicle did seem to have the production-ready headlights featuring reshaped clusters with a sleeker look and quite possibly more advanced LED tech. After all, Mercedes has been testing its “Digital Light” headlights for a while and could decide to offer them with the next S-Class.

Other than that, we can’t help but wonder what’s with the extra layer of camouflage on the front and rear door handles. These stick out from the body and have an additional layer of black fabric or a piece of plastic to better conceal the handles. Could it be a sign that Mercedes has developed a new way to open the doors of its lavish sedan? We just don’t know yet.

Looking at the bottom-right corner of the rear doors, there’s some gray tape coming from inside the car and going underneath it. Chances are Mercedes was hiding some wires attached to testing equipment linked to onboard equipment. At the back, the S-Class had provisional taillights usually used only during the first part of a model’s testing phase.

Although we don’t get to see the interior at all, Mercedes has already disclosed some preliminary details about how the cabin of the company’s flagship model will evolve for the next generation. Looking at the Maybach Vision Ultimate Luxury concept gives us an idea of how the S-Class’ interior will change, so expect to find ultra-wide glass panels in a more unified configuration as it will be the case with the new GLE coming later this year. A more advanced touchpad, better ambient lighting, and other high-tech touches are also on the menu.

Production of the W223 will take place at the new “Factory 56” set to be operational in 2020. The third largest building project in all Germany is the place where other high-end models are going to be assembled at a facility that will span across 220,000 square meters (54.36 acres).

Expect to see the new S-Class break cover at some point in 2020 before going on sale in the United States as a 2021MY.