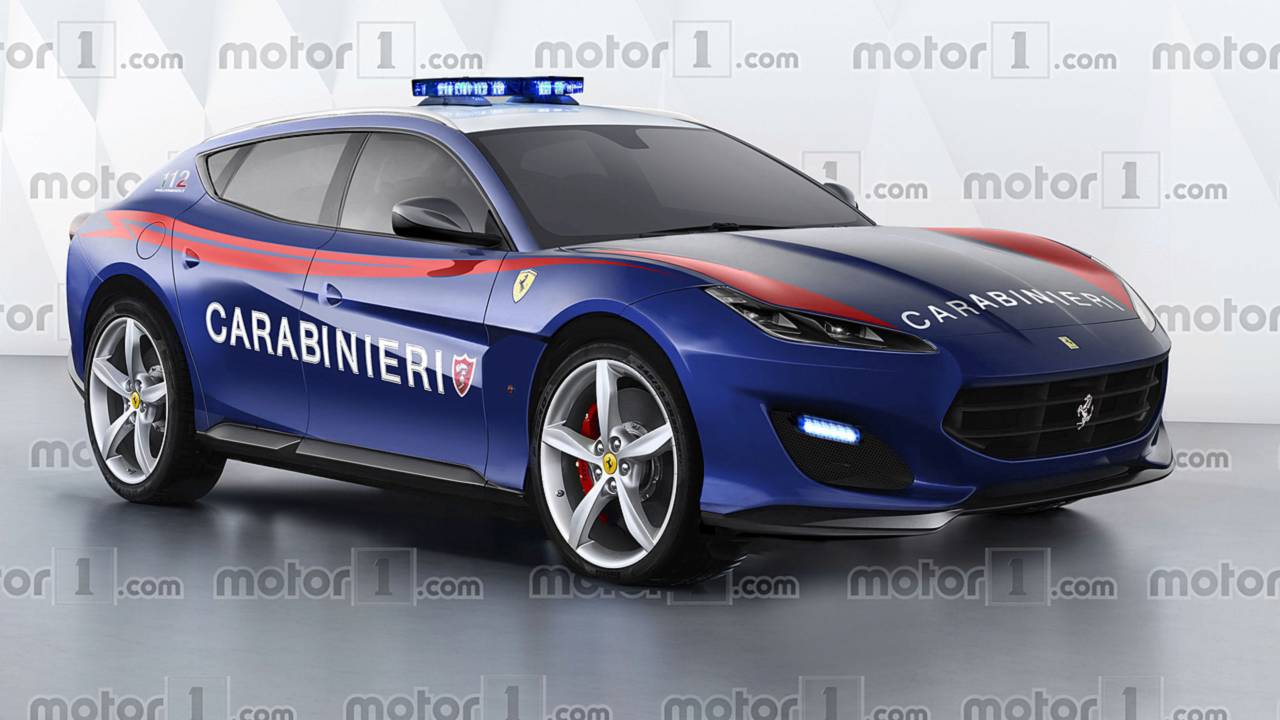 With that in mind, we've digitally dreamt up the SUV wearing a Carabinieri uniform.

The relationship between FCA and the Italian Carabinieri police grew even closer thanks to its recent recruitment of the Jeep Wrangler. CEO Sergio Marchionne presented the Jeep this past week – and of course, a number of journalists at the event asked if Ferrari will also become part of the force, following what Lamborghini did with the State Police. Interestingly enough, Marchionne didn't rule out the possibility, saying that Ferrari and the Carabinieri could team up for the first time with its upcoming SUV. "I went to Ferrari this morning and I saw it," said Marchionne, noting how it will still take a number of years before it hits the road.

The relationship between FCA and the Italian Carabinieri is a close one, so Marchionne's comments aren't all that farfetched. With that in mind, we digitally dressed our vision of the Ferrari SUV in an Italian police livery – and it looks great.

Remember, while Marchionne will leave FCA in 2019, he will remain in charge in Maranello. That means it will be up to him to decide whether or not to put the police uniform on the Ferrari utility vehicle. A model that – according to Marchionne – "will be a Ferrari in all respects." Under the hood it will could wield a legendary V12, or borrow the biturbo V8 from the 488 GTB and the Portofino. Don't rule out a hybrid option, either.

"It would take a Ferrari;" legend has it that this was the response of Armando Spatafora to Angelo Vicari, prefect of the Police in the 1960s, who asked what it would take to keep up with the criminals of Rome, equipped with more powerful cars. The rest is history. Two Ferrari 250 GTEs and their 3.0-liter V12 were equipped for police duty, and capable of reaching speeds of up to 142 miles per hour (230 kilometers per hour).

To date, that has been the only Ferrari supplied to Italian police. Since then, cars from Maranello have no longer worn the uniform, but FCA has continued its relationship with Police all over the world, and the Carabinieri in particular. The latter currently has an Alfa Romeo Giulia Quadrifoglio in their garage, flanked by another supercar: the Lotus Evora.

Who knows, one day all of them might have to line up behind the Ferrari SUV.