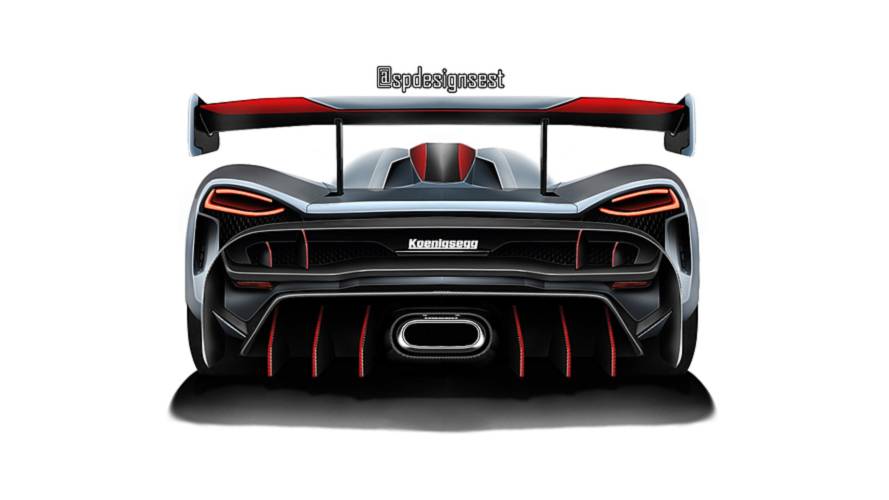 We shall see the real deal next March at the Geneva Motor Show.

Well, that was fast. Just days after Koenigsegg dropped a teaser image of its Agera RS successor, Motor1.com friend Siim Pärn decided to borrow the official sketch and have fun with it in Photoshop. The shadowy image shown to prospect buyers in Australia at the opening of a new dealer has now received a splash of color and dare we say it’s looking mighty good.

Truth be told, the attached rendering is not entirely on a par with the sketch released by Koenigsegg, but even so it does give us the opportunity to get a general idea of how the real deal is going to look like when it will be officially revealed. Speaking of which, the public debut of Ängelholm’s next hypercar is scheduled to take place in March 2019 at the Geneva Motor Show. Thankfully, the company has already disclosed some juicy preliminary details.

For starters, Koenigsegg won’t be going down the hybrid route like it was the case with the Regera. Instead, the Agera RS replacement will stick to the 5.0-liter V8 equipped with a pair of turbochargers. The company has strongly hinted it will up the power ante, which means it could have more than the 1,360 hp and 1,011 pound-feet (1,370 Newton-meters) of torque offered by the Agera RS1.

Aside from extracting more punch from the V8, Koenigsegg is expected to work its magic to shave off roughly 20 kilograms (44 pounds) from the engine alone as per a statement made by company boss Christian von Koenigsegg earlier this year.

As for performance, we’re expecting the new hypercar to be quicker in the sprint to 62 mph (100 kph) than the RS1, which needed a mere 2.8 seconds to complete the task. It should also shave off some time from the 12.3 seconds necessary for the Agera RS1 to go from zero to 186 mph (300 kph).

All things considered, the yet-unnamed machine has some big shoes to fill taking into account the Agera RS took down five records last November, including the one for the highest speed ever reached on a public road: 284.55 mph (457.94 kph).