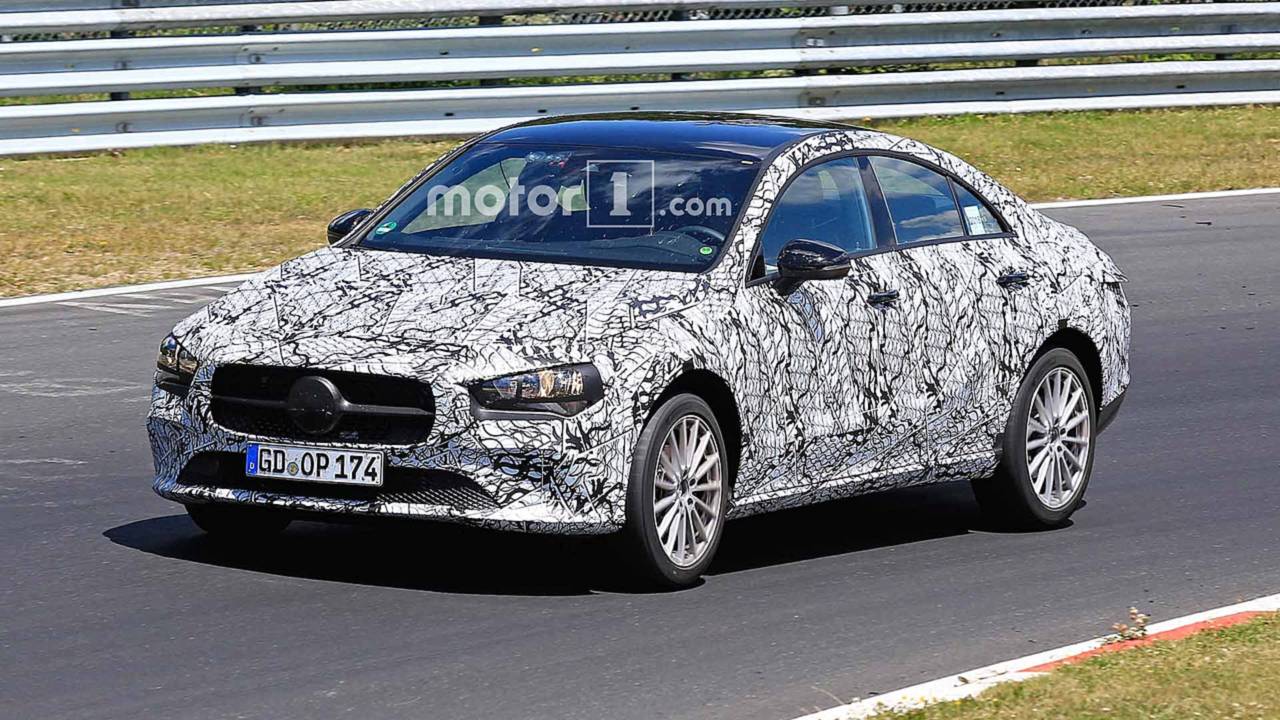 With the debut of the Mercedes-Benz A-Class hatchback and China's long-wheelbase sedan complete, the German brand can now focus its attention on expanding the latest generation of the compact models even further. These photos catch the new CLA-Class under development – the most stylish member of this family of vehicles. This one continues to wear lots of camouflage but appears to have all the final body panels.

Take A Better Look At The New CLA:

The CLA-Class shares the MFA2 platform with the new A-Class and looks somewhat like the new A-Class Sedan but with a sprinkle of elements from the CLS-Class. A wide grille and canted headlights give the front end a meaner appearance. A curved roofline extends to a rounded tail. Given the design, a liftback rear might provide easier access to cargo, but the photos appear to show the cut for a traditional trunk.

The CLA-Class will sit above the A-Class Sedan in Mercedes lineup. While they'll share powertrains, expect the CLA to feature a more luxurious cabin to warrant its higher price. Both of them will be available with a pair of side-by-side 12.3-inch displays for the instrument panel and the infotainment duties.

The CLA-Class will be available with a variety of turbocharged four-cylinder engines. At the very top of the range, there will be the CLA45 that will pack a new 2.0-liter powerplant with over 400 horsepower (298 kilowatts) and will have a sophisticated all-wheel-drive system.

Rumors indicate the CLA-Class would arrive in the United States in the latter part of 2019 as a 2020 model year vehicle. The slightly less sleek A-Class Sedan should be available to Americans even sooner.

Mercedes will eventually have eight vehicles riding on the MFA2 platform. They'll include the new GLB-Class compact, boxy SUV.