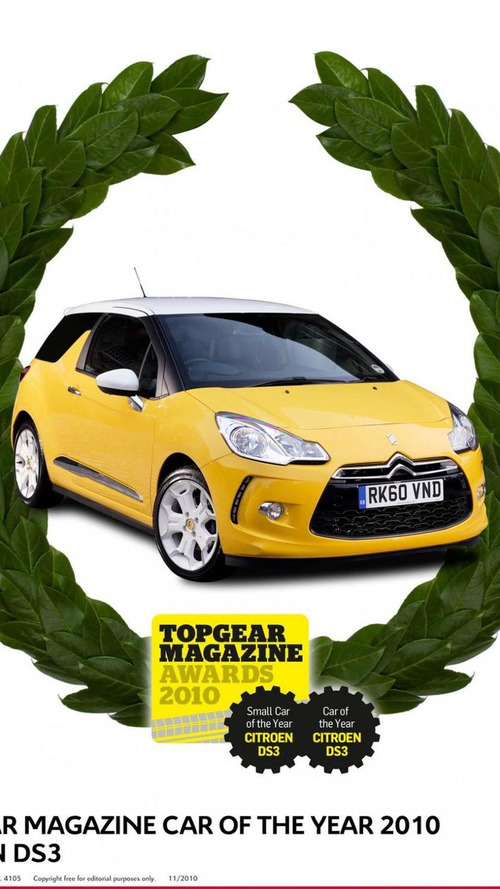 The Citroën DS3 has won Top Gear Magazine's Car of the Year Award.

The magazine arm of the highly-successful BBC automotive show Top Gear also crowned the French minicar the Small Car of the Year.

The magazine wrote of the DS3 in its pages:

"DS3 has pulled off that heady mix of ability, excitement and affordability that's impossible to ignore. It walks so many fine lines so delicately and so comprehensively that it's hard to find a chink in the armour. The Top Gear Car of the Year is a small, thoughtful, affordable, stylish, fun little hatchback. It's the people's champion."

It calls to speculate that Top Gear host Jeremy Clarkson, known for his contempt for French cars, wasn't deeply involved in the selection.

"Considering the fierce competition, it is a fantastic achievement for DS3 to win the top accolade," said Linda Jackson, managing director of Citroën UK, said the release.