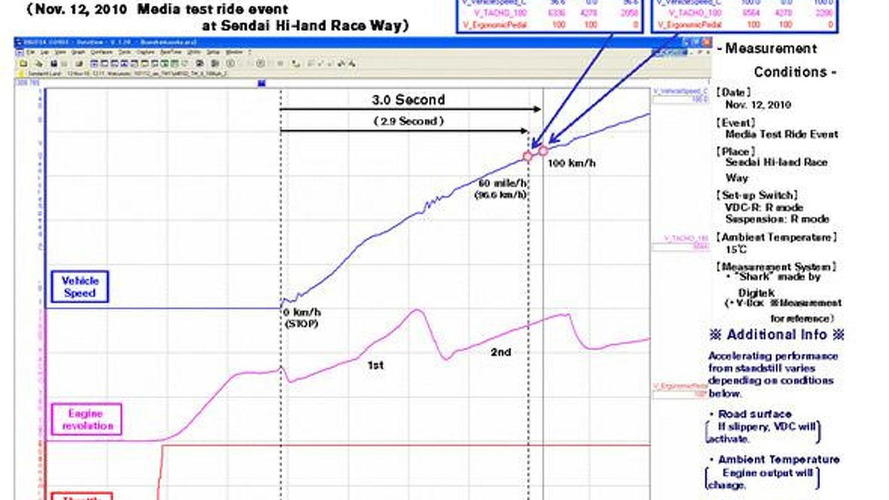 Nissan has seen fit to release a few, spare details on the upcoming 2012 GT-R model.

But it's one of the main items Nissan enthusiasts would like to know about. Namely, the GT-R's 0 to 100 km/h sprint time.

Nissan tested the GT-R's time on the Sendai Hi-land Race Way in Japan a couple of weeks ago in the middle of November and the car returned a pretty impressive result.

The test was done with a standard GT-R model, with no modifications.