There’s certainly no shortage of Porsche anniversary watches as after the retro-flavored 1919 Datetimer 70Y revealed earlier this month, another limited-run timepiece has been unveiled. Aside from celebrating 70 years since the first vehicle bearing the Porsche name was registered, the latest product from Porsche Design also marks the forthcoming sixth Porsche Rennsport Reunion.

Offered exclusively in the United States, the new watch will be built as a series of 70 pieces as a nod to seven decades of Porsche sports cars. It has been engineered with a titanium case with black titanium-carbide coating and features a matte black dial with red and white markers to mimic the safety sideline of a race track. 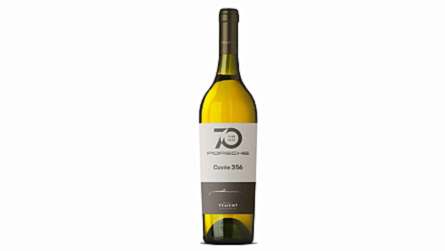 Porsche Pops The Cork On Special Wine To Celebrate 70 Years 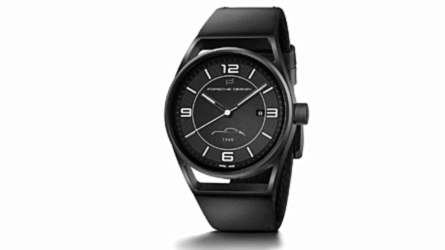 The Porsche Rennsport Reunion VI logo adorns the dial at the 3 o’clock position, while the back of the watch is made from sapphire with a lovely “Porsche Rennsport Reunion VI Limited Edition” engraving and it's individually numbered. Using the exact same type of leather found inside the company’s sports cars, the black calf-leather strap comes with contrasting red stitching and has a double-folding clasp made from titanium.

Bundled with the timepiece is a fancy box that has a special plaque as well as a booklet containing info not just about the watch, but also with details regarding Porsche Design and the history of the Porsche Rennsport Reunion. By the way, the sixth edition is scheduled to take place Between September 27 and 30 at Laguna Seca and it will be the third time the event is organized in California after 2011 and 2015.

As for the watch, preordering is scheduled to begin this month and it will be launched in September. Those interested should know it doesn’t come cheap as the anniversary timepiece it will set you back a cool $6,850, making it substantially more expensive than the less exclusive 1919 Datetimer 70Y of which 1,948 will be built.

If you’re more into Formula 1 than Porsche’s road cars, there’s the collection of F1-themed watches from Giorgio Piola you might want to check out.