New 2019 Mercedes GLE Spy Photos Give A Peek Inside 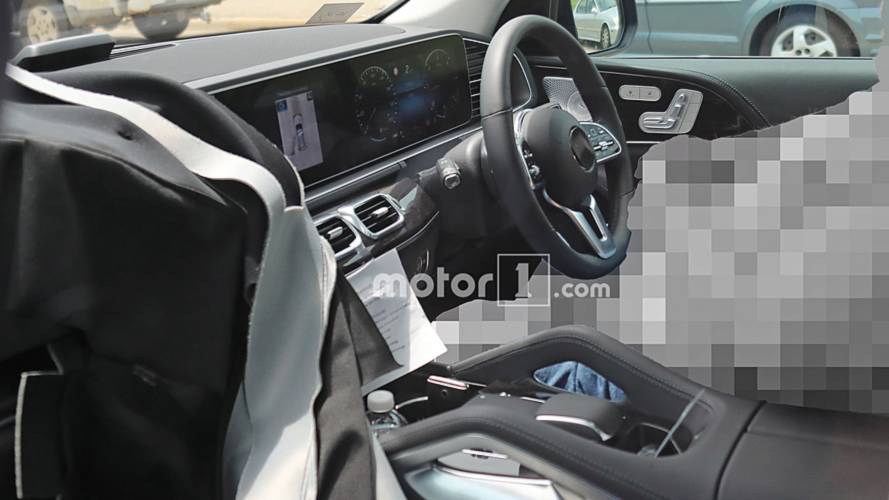 The GLE gets the company’s corporate interior.

The new 2019 Mercedes GLE will debut sometime later this year. There have been several prototypes captured by our spy photographers as Mercedes hustles to finish development of the BMW X5-competitor. We’ve seen the new crossover completely undisguised before, so the added camouflage here is a tad confusing. However, it’s not out of the ordinary. Then again, you’re not here for exterior shots – we’ve published plenty of those already. The latest batch of pics gives us the clearest look inside the new GLE yet.

The first thing you’ll notice inside is the ultra-wide display screen that runs half the length of the dash, housing the instrument cluster display and the infotainment screen. This is the company’s corporate dashboard, so it’s not surprising to see it here. However, the center console is different, too. Surrounding the console are a pair of grab handles, much like those found on the first-generation Porsche Cayenne. You can see other Mercedes design staples like the speaker grille on the door and purple interior accent lighting.

The outside of the 2019 GLE doesn’t depart much from the crossover’s current look. However, that doesn’t mean designers didn’t make some changes. The over styling is more modern than the outgoing model. The new, sharper design gives the GLE better aerodynamics. It’s also rumored the new GLE will skip all-wheel drive, offering two-wheel drive to help keep weight down and improve fuel economy. However, AWD will likely be an available option.

Overall, the new GLE looks like a refreshing update. The most significant changes are inside where Mercedes installs its corporate dashboard and features.

We don’t know when we’ll get to see the new 2019 Mercedes GLE in all its glory, but it should be soon. If Mercedes wants to get the new model out there as for 2019, we should the crossover in the next few months.