Porsche 911 Speedster Sprints Around The 'Ring Without Camo 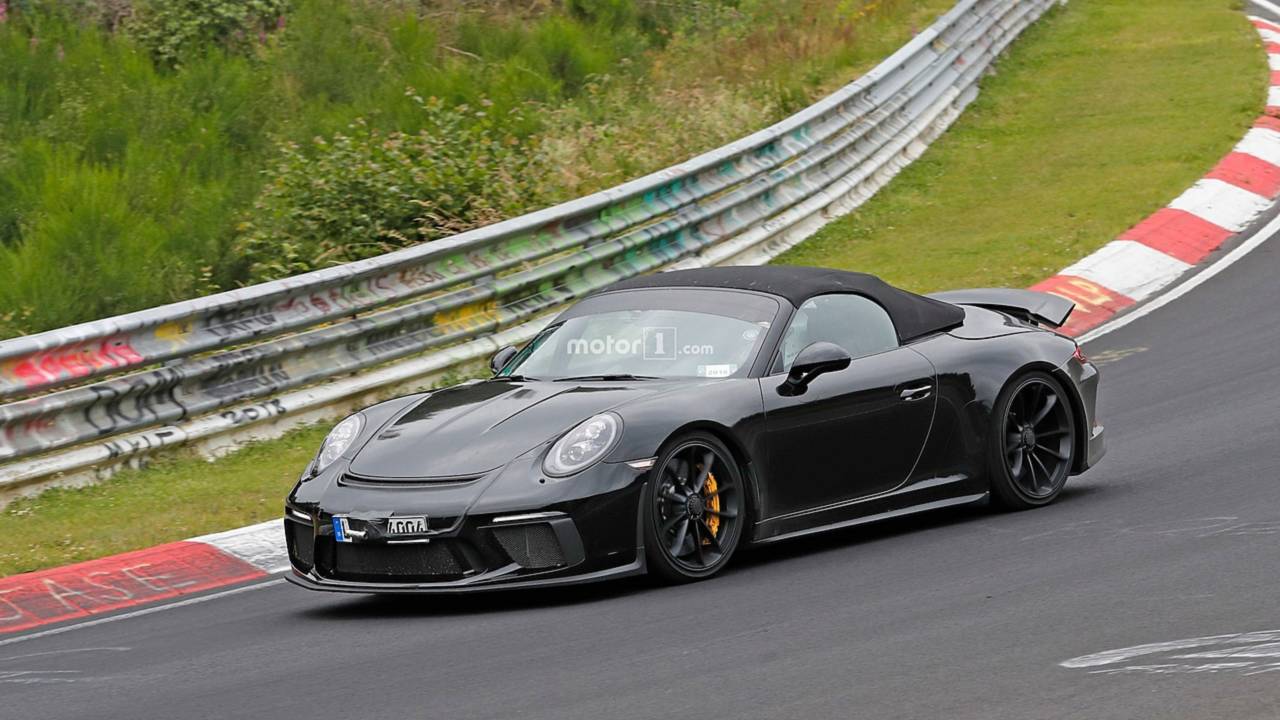 The new 911 Speedster is so close we can almost taste it. Porsche teased us with a wonderfully retro concept earlier in the month, and thanks to spy photos, we have an idea of what to expect for the production version. But now just a few months out from an official debut, new images give us our best look yet at the road-going 911 Speedster.

We Drive The Production Version:

These shots show the GT3-based 911 testing completely uncovered on the Nürburgring. And it’s beautiful. Similar to what we’ve seen on the concept and in spy photos, the Speedster is uniquely styled compared to the standard 911 Cabrio. The cloth roof now extends further back onto the bumper – and though we aren’t able to see the Speedster with its top down in these images, expect an almost identical shape to the concept.

A retractable spoiler appears out back, while the same dual exhaust tips, wheels, and front fascia carry over unchanged from the standard GT3. It’s unclear exactly what will change in the cabin, but look to the concept for inspiration; unique badging and 70th anniversary appliques should be present.

Contrary to previous reports, we now know that the 911 Speedster will be based on the GT3. That means it will likely have the same 4.0-liter naturally aspirated flat six producing 494 horsepower (368 kilowatts) and 339 pound-feet (339 pound-feet). The GT3 can sprint to 62 miles per hour (100 kilometers per hour) in just 3.9 seconds, and on to a top speed of 196 mph (316 kph), so the Speedster shouldn’t be far behind.

If you’re hoping to get your hands on one, better move quick. Reports suggest that the Speedster will be limited to just 1,948 examples, said to celebrate 70 years of the Porsche brand, which began in 1948. No word on when the limited 911 will officially show up, but expect the sports car in just a few months.