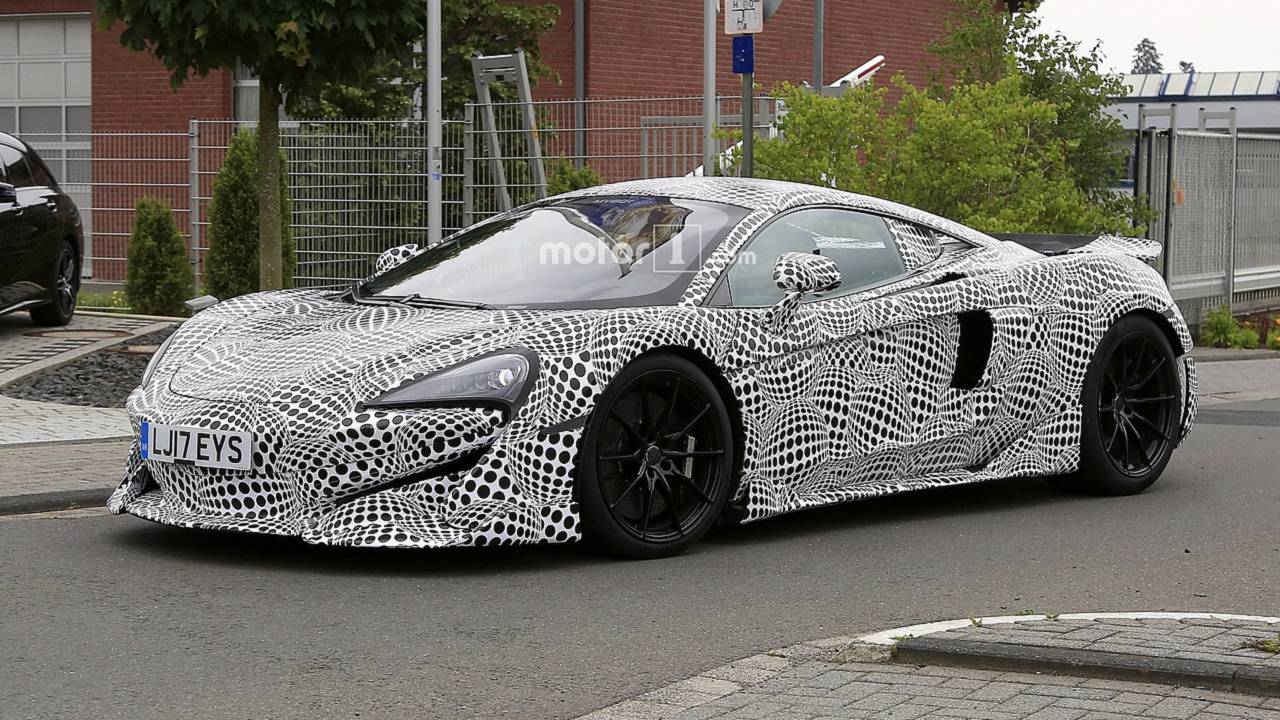 The 600-horsepower supercar will make its debut at Goodwood in July.

Earlier in the month, McLaren teased us with two images of its upcoming, more-aggressive 570. Shortly thereafter, video captured a prototype of the sports car almost completely uncovered, testing alongside a Senna, and a 675LT. But now we have our first official spy photos of the vehicle in question – and it looks mean.

Images show the hardcore 570 – either dubbed the 570LT or the 600LT – testing on the Nürburgring, covered from head to toe in camouflage. Just like previous teasers, the exhausts are mounted vertically in the engine bay, and the diffuser is aggressively sculpted and finished in carbon fiber; and don’t forget that massive rear wing. Most of those components will come courtesy of McLaren’s MSO department.

Details on the front fascia are less pronounced. Most of the grille is covered up, with only a small sliver of visible detail under the headlights. The camo appears to be hiding more sculpted vents. The headlights looks almost identical to the current model, but the wheels are unique, and there appears to be some extra body detailing on the side profile.

We’ll have to wait until July to see it in the sheet metal, though; the new McLaren will make its debut at the Goodwood Festival of Speed in the U.K., where it will compete in the event’s famous hill climb. We’ll know more details closer to the vehicle’s debut.