Next Porsche 911 Spied Looking Smooth On The 'Ring 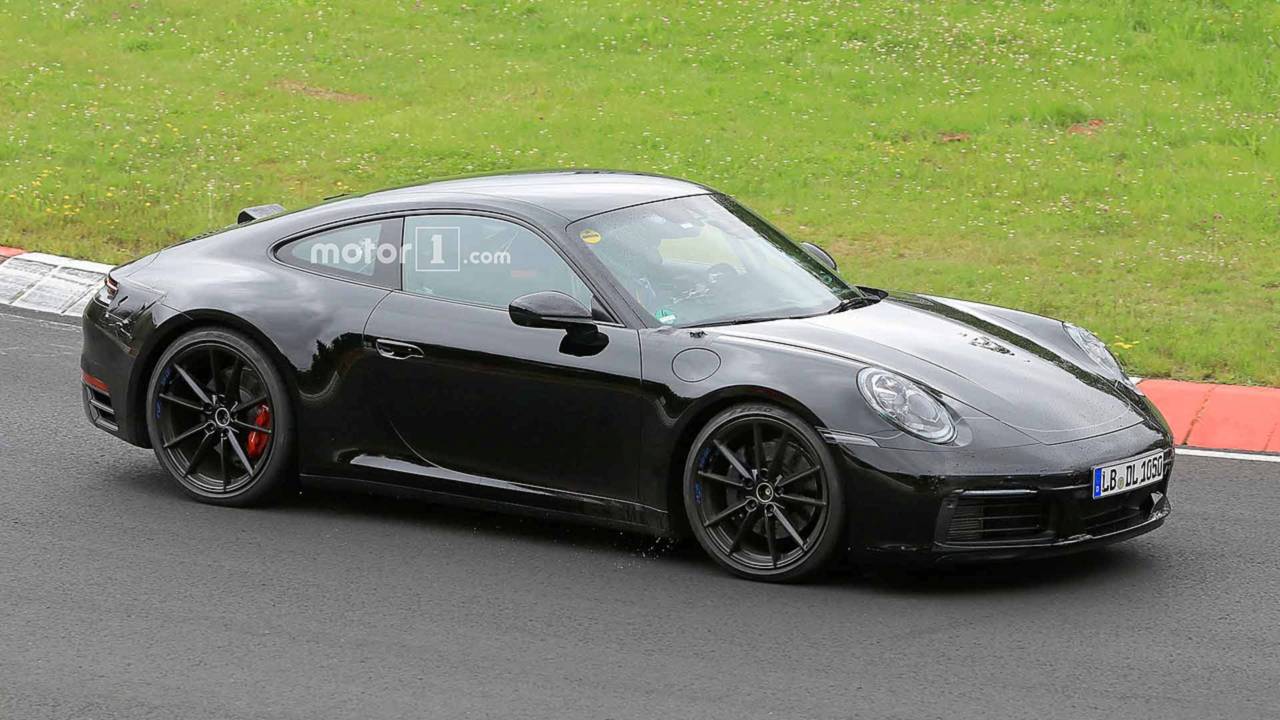 Porsche has had test mules on the road for the next-gen 911 since 2015, and development has progressed quite a bit from those early cars. These new spy shots catch one lapping the Nürburgring and show off a coupe that looks nearly ready for an official unveiling.

Where most automakers use swirling camouflage to hide their test mules, Porsche takes the simple route of just applying some black tape to conceal the styling. The new 911 appears wider than the current one, and the front end seems smoother than the existing model. Two new creases in the hood are a nod to 911s of the past.

After decades of maintaining a similar silhouette, Porsche doesn't bother to mess with how the coupe looks from the side. The A-pillar appears to be tilted a little farther back for a somewhat sleeker shape.

Porsche keeps the rear under the most concealment, but the Taycan-style wraparound taillights are an obvious design element back there. Expect the company to come up with a better integration of the third brake light. A new fascia now features integrated tailpipes. There are two cars in these photos – one of them has circular outlets, and the other has trapezoidal tips.

Base models of the next-gen 911 will continue to use a turbocharged flat-six engine, and there will be Turbo models, too. Porsche will also build at least one hybrid version. According to rumors, there will possibly be two PHEV options – a less powerful version and a high-output variant. The GT3 will remain naturally aspirated.

Underneath the skin, the new 911 will ride on an updated version of the MMB platform that will make more extensive use of aluminum and high-strength steel to save weight. Inside, spy shots confirm the move to a digital instrument panel but retaining an analog tachometer.

Porsche will unveil the next-gen 911 soon, but not before the company will say goodbye to the current generation with the introduction of a limited-edition 911 Speedster. The droptop will possibly debut at the Goodwood Festival of Speed, and Porsche will reportedly only build 1,948 of them – a reference to when the automaker was founded.