A new front-wheel-drive-based 1 Series is due in the near future, but tuners are still finding ways to tweak the outgoing tail-happy version.

They say you can’t teach an old dog new tricks, but the German tuners at AC Schnitzer have found a way to breathe new life into the outgoing BMW 1 Series. The aftermarket specialist started off with the range-topping M140i in the rear-wheel-drive guise and then slapped on a custom body kit encompassing a spoiler for the front bumper and another one on the roof at the back.

Like many of current BMW tuning projects, the hot hatchback from Bavaria also ditched the standard exhaust system for an upgraded Akrapovic set with carbon fiber finishers to enhance the sporty vibe. The last visible tweak is represented by the shiny new 19-inch alloy wheels featuring a five double-spoke design and a bi-color finish that suits the M140i quite nicely. 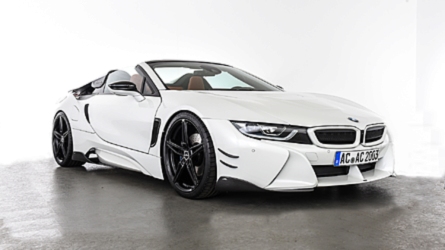 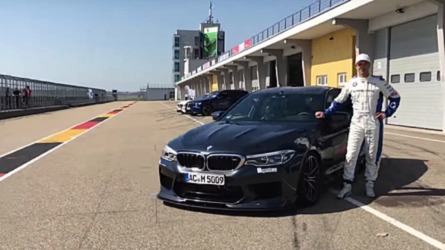 There are more changes than meets the eye as AC Schnitzer has also worked on the turbocharged 3.0-liter engine. When it leaves the factory gates, the straight-six mill is good for 335 horsepower and 368 pound-feet (500 Newton-meters) of torque. Give it to the tuners and they’ll find a way to extract a meaty 394 hp (294 kW) and a torquetastic 443 lb-ft (600 Nm). Doing the math, that’s a significant improvement of 59 hp and 75 lb-ft (100 Nm).

The bump in output must have had a positive impact on performance over the regular M140i equipped with the eight-speed automatic transmission, which needs 4.6 seconds to reach 62 mph (100 kph) from a standstill in the rear-wheel-drive guise. Go for the xDrive-equipped model and the beefiest 1 Series can complete the task in 4.4 seconds.

You’d better act fast if you want a RWD 1 Series as the hatchback’s next generation will switch to the UKL platform and that means it will be based on a FWD arhitecture. A successor for the M140i is likely on the agenda, but it’s expected to come exclusively in an xDrive flavor and could be called M130iX.