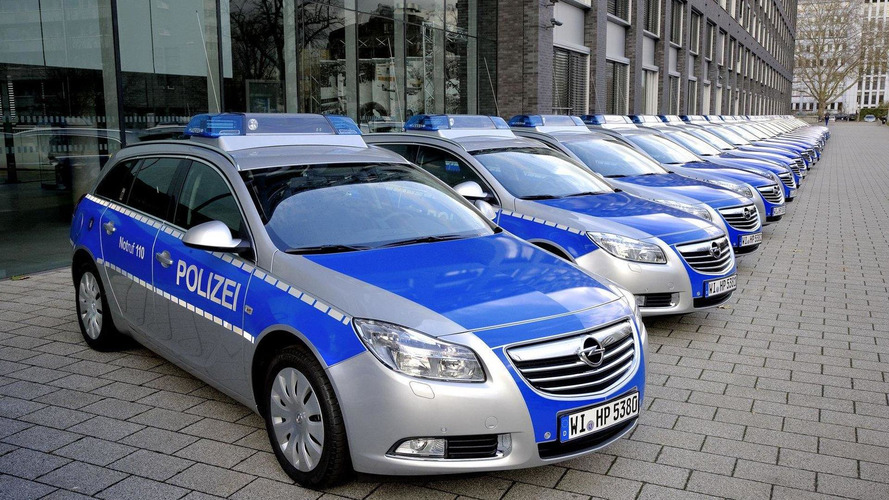 800 Opel police cars ordered for the German state of Hesse. Show here are the first set of Opel Insignia Sports Tourers delivered to the police unit.

It's not uncommon to see police cars in Germany supplied by the country's big-three premium brands: Audi, BMW and Mercedes-Benz.

But this time, in the German state of Hesse, police have opted for something a little less expensive but just as local - the Opel Insignia Sports Tourer.

The German state has announced a large purchase of 800 patrol cars from Opel's Special Vehicles unit, the first 25 of which we see delivered here in the photos. The next 75 will arrive before the end of the year.

The Opel Insignia Sports Tourer deputized for police duty comes with a few special equipment features including additional LED rear warning lights, digital and analog radio receivers and a pull out tray for the trunk that can also be modified to fit a canine cage to house a police dog.