The Florida Toll Road Bandit has a nice ring to it.

Toll roads are a pain, but at least those who drive on them all pay their fair share. Well, almost everyone. One Florida driver, driving a burgundy Chrysler Pacifica minivan, was caught red-handed cheating the system to avoid paying tolls. The video, captured by a couple from another vehicle, shows a motorized black cover concealing the license plate as the car passes through toll stations. Once the driver clears the cameras, the black cover rolls up, revealing the license plate once again.

The couple that captured the video, Sammy and Mayte Salinas, shared it with CBS4 News in Miami, which then shared the video with the Florida Highway Patrol. 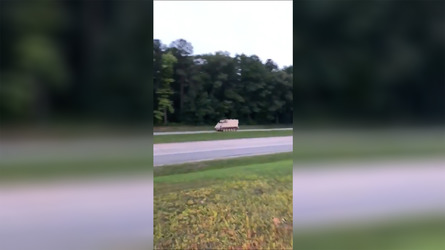 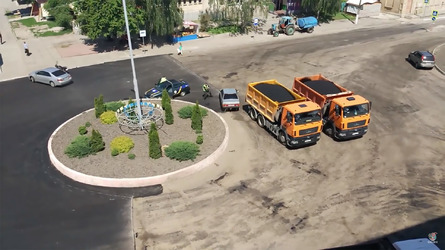 When the TV station shared the video with Trooper Joe Sanchez, he remarked, “Wow. Incredible. They’re getting very creative.” He added the Florida Highway Patrol has never seen something like this before.

You can easily find license plate covers online. Typically, they work by having a rolled up cover in a license plate frame, allowing the driver to lower and raise the cover via remote control. Sanchez advises drivers against investing in such a device. In Florida, the minimum fine for obscuring your license plate is $179, according to CBS4 News.

It’s not clear if the driver in this specific case has been caught. However, the police do have his actual license plate number, so it’s only a matter of time before he’s arrested. Sanchez notes the Florida Department of Transportation can identify offending cars and go after owners for prior debts. If this Pacifica driver has been using the plate for awhile, he could rack up thousands of dollars in unpaid tolls.