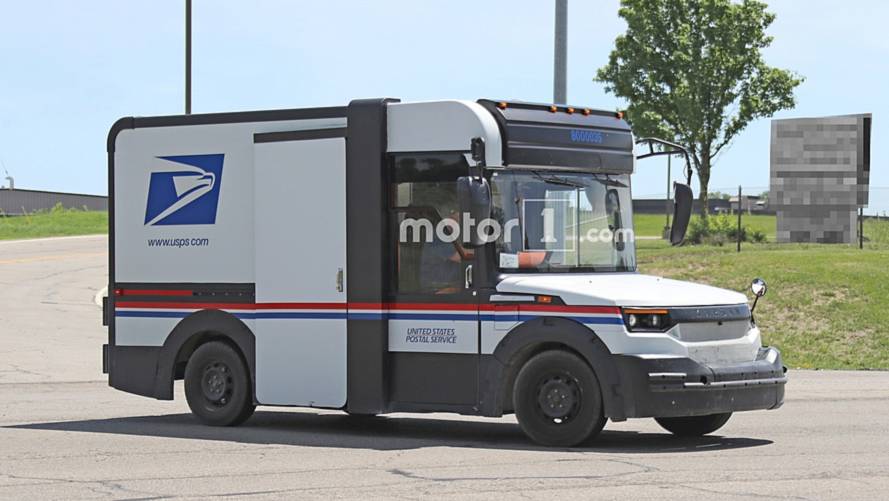 Could be powered by a hybrid powertrain.

The battle for the new U.S. Postal Service vehicle continues, as a new prototype of Karsan’s proposal has been spied out testing again. The vehicle is unlike anything you’ve seen on this site before, but it’s still quite an important vehicle – after all, if approved for production and given a contract, the manufacturer will have to produce no less than 180,000 of it, an estimated $6.3 billion worth of business.

From what we know so far, Karsan’s machine will be a hybrid. Our photographers report they’ve heard a gasoline engine, which will be supported by electric power for more efficient slow-traffic acceleration. The charging point on the right side indicates it’s actually a plug-in hybrid powertrain.

AM General's Entry For Next Mail Carrier Spied Testing

These new photos, taken somewhere in Ohio, reveal the postal truck will come equipped with side windows with integrated defrosters, a feature that’s not available on any other production vehicle at the moment, as well as a sliding cargo door. According to Trucks.com, the side windows defrosters could be an answer to recent mail carrier complaints about the current mail truck, which suffers from poor insulation in cold climates.

The truck, developed in cooperation between the Turkish automaker and U.S. van manufacturer Morgan Olson, will also offer an air-conditioning for the first time, and a more tech-focused interior with potentially even a 360-degree camera. Also, those headlights appear to be LED.

Karsan’s model is one of a total of five entries bidding for a contract with USPS. The agency is looking to replace the old Grumman Long Life Vehicle trucks, which has been serving as the standard delivery truck since 1987, and is currently evaluating entries from Karsan, AM General, Oshkosh Corp., Mahindra, and a partnership between VT Hackney and Workhorse Group. The winning contract is expected to be announced before the year’s end.