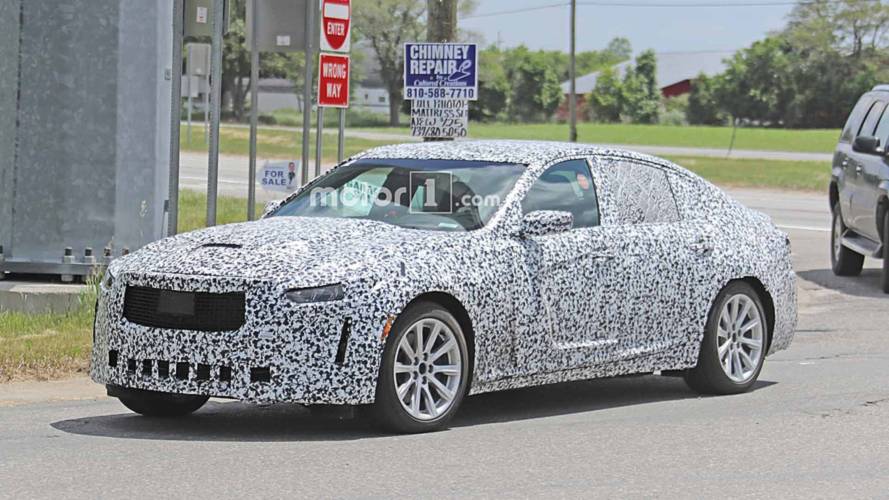 It was nice knowing you, ATS and CTS.

Say your goodbyes, both the Cadillac CTS and ATS will reportedly be discontinued, replaced for more modern examples in line with the updated nomenclature (i.e. CT6). Spy photos have already given us a glimpse at the CTS' successor, the CT5, and already we know that the CT4 will be slotted just underneath it. Now new reports suggest that GM has already started revamping its Michigan manufacturing facility in anticipation of the two new vehicles.

According to a spokesperson in a statement to Automotive News, GM is investing $175 million into the Lansing Grand River Assembly Plant in anticipation of the two new Cadillac models. The facility, which is currently home to the CTS, ATS, and Chevrolet Camaro, will get new tooling before the ATS ends production later in the year year.

The larger CTS will be replaced by the aforementioned CT5. Production of that model is expected to begin in 2019 for the 2020 model year. Powertrain options remain a mystery, but we expect Cadillac to use a 2.0-liter turbocharged four-cylinder to start, with a mid-range 3.6-liter V6 or a biturbo 3.0-liter V6. The range-topping V model could adopt Cadilac’s new biturbo 4.2-liter V8 from the CT6 V-Sport.

Production of the smaller CT4, meanwhile, will follow shortly after the CT5. That model will replace the ATS, with a new Cadillac model planned every six months after that until 2021. Those two new vehicles will join the XT4, XT5, upcoming XT6, and Escalade SUV range, with a compact XT3 rumored in the next few years, as part of outgoing CEO Johan De Nysschen’s strategy.

By 2020, all Cadillac models will come with the company’s Super Cruise semi-autonomous driving system – that includes the CT4, CT5, and the soon-to-debut XT6 crossover. A number of other GM products outside of the Cadillac brand will also be available with the technology after 2020.