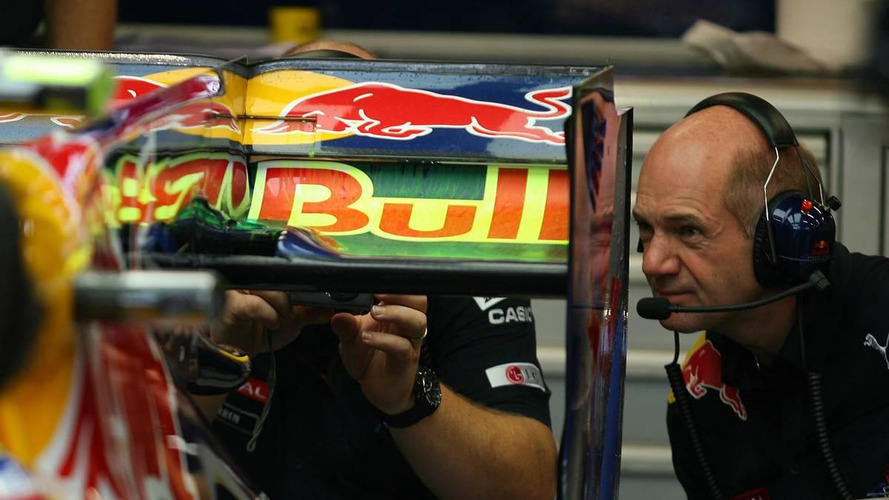 Adrian Newey has nominated 2010 as the worst season in his long formula one career in terms of "petty finger pointing" from rival teams.

Adrian Newey has nominated 2010 as the worst season in his long formula one career in terms of "petty finger pointing" from rival teams.

As the Red Bull car designer's RB6 model dominated the timesheets this year, some of the team's championship rivals complained about alleged technical illegalities.

"It wasn't a distraction, but it was an annoyance. I've got to say I've never known a season quite like this one for the petty finger pointing that's gone on in the paddock," Newey told Red Bull Racing's official website.

The rivals' complaints ranged from allegations of adjustable ride height systems to flexible floors and wings, moving the FIA to toughen a range of legality checks that Newey's ultimately championship-winning car continued to pass.

But the rumblings persisted; including a common claim in the pitlane and media centre that the RB6's drivers Sebastian Vettel and Mark Webber were oddly able to up their pace by as much as three tenths in the crucial 'Q3' qualifying segment.

"It's a myth!" insisted Newey.

"I'm not sure our Q3 performance has been particularly different to our Q1 and Q2 performance, to be honest.

"I haven't bothered looking through statistics, but I think it's one of these stories that starts when once or twice the drivers have improved in Q3 and suddenly everybody writes it and it becomes accepted without any real basis," he added.