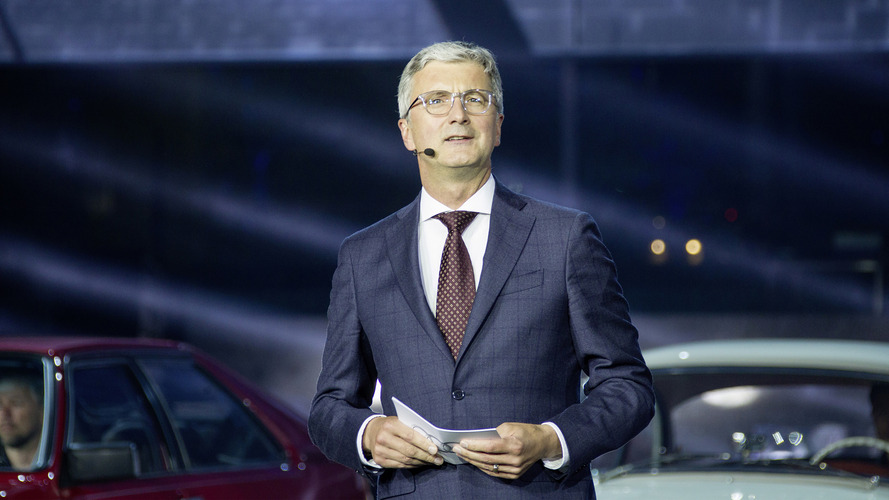 Investigators are concerned Audi's boss might suppress evidence linked to the Dieselgate, but presumption of innocence has been applied.

It’s a horrible start of the week for Audi as after images of the new A1 Sportback escaped online sooner than they were supposed to, the company’s boss has just been arrested.

Last week, the public prosecutor’s office in Munich announced it was investigating a total of 20 suspects linked to the never-ending Dieselgate scandal, mentioning it had searched Rupert Stadler’s apartment. Audi’s boss has now been detained over concerns he might be tempted to suppress evidence related to the diesel emissions cheating. According to an official statement made by the prosecutors' office:

“The suspect has been seen by a judge, who has ordered him to be remanded in custody.”

Audi’s parent company, the Volkswagen Group, has confirmed via a spokesperson that Stadler was arrested this morning. VW’s representative went on to mention the presumption of innocence has been applied. Speaking of the entire group, it was only last week when VAG received a hefty €1 billion ($1.18B) fine linked to the diesel emissions debacle, one of the many fines the German automotive conglomerate has received in recent times because of the Dieselgate.

While the Volkswagen Group continues to be in hot water from a legal point of view, it’s doing great when it comes to sales. Since the beginning of the year, VAG delivered more than 4.5 million cars, representing a significant increase of 7.7 percent. It goes to show customers are unfazed by what’s going on with the emissions scandal, despite the fact that it has had a direct impact on owners as the company was forced to recall millions and millions of diesel-powered cars built by its many subsidiaries.

Audi CEO Has Home Raided, Under Investigation For Fraud
++